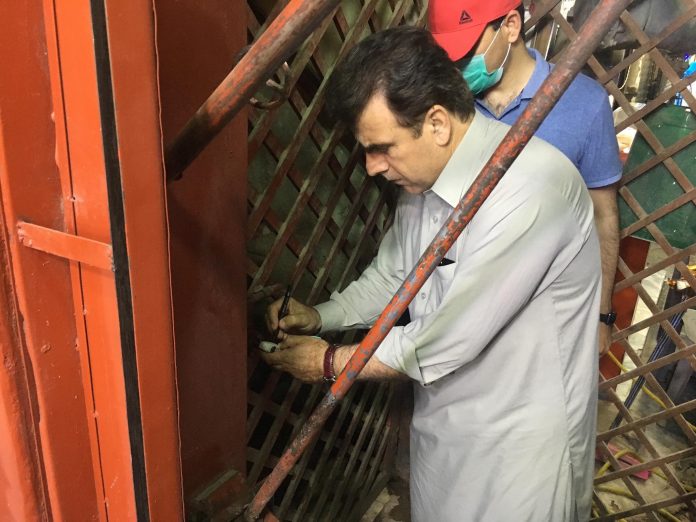 PESHAWAR: The Directed General of Khyber Pakhtunkhwa food Authority Riaz Khan Mehsud has sealed six bakeries and sweets shop which, he said, were using non-food graded colours and their production units were unhygienic and full of dirt.

The six bakeries sealed during the operations are, Khog Mahal situated on Phandu road, Al-Farooq Bakers, Shereen Mahal and Cake Palace situated on University road Peshawar. While concluding the crackdown director general Riaz Khan Mahsud told that these bakeries were using nonfood graded colours and their production units were severe unhygienic and full of dirt.

“In our inspection, we have encouraged and appreciated two bakers for improving up to the standards,” said Riaz Khan while talking to media. He added that these two bakers have maintained workers and production unit hygiene standards as per the KP food authority standard.

Commenting on the crackdown, director general revealed that operation against bakers has been kicked off unanimously across the province where more than eighteen bakeries have been sealed in the last two days. He added these operations will continue till Eidul Fitr during this time, the teams will be vigilant about the loose bakery and unhygienic productions.

The Food authority chief said that they will ensure that the staff is present in the field round the clock to monitor sweets production.

Director Operations Khalid Khan Khattak maintained that his teams are equipped with the latest technology and they check and analyze every item as per prescribed standards.  He warned that oil usage and its life can be checked, and bakeries should change cooking oil frequently.