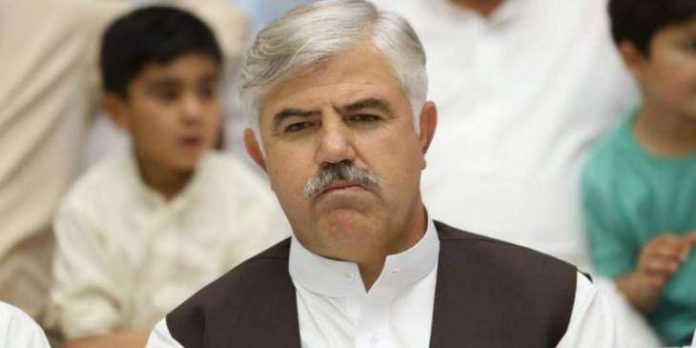 On the occasion, letters of loans were handed over to the eligible applicants of merged districts by the Chief Minister, Mehmood Khan, who was the chief guest on this occasion.

Initially, the KP government has allocated Rs 1 billion under which interest-free loans up to Rs 1 million would be provided to the tribal districts’ professionals, degree holders and those want to start or further expanding their businesses.

During the ceremony, it was announced that the loan amounting to Rs 50,000 to 100,0000 would be provided to professionals like doctors, engineers and degree holders in erstwhile FATA.

Addressing the ceremony, the CM said that is a step forward toward new KP and a new Pakistan as pledged by the Pakistan Tehrik-e-Insaf government. The scheme, he said, will economically strengthen some 5,500 deserving individuals of tribal districts.

The Chief Minister said the prime objective of Rozgar Scheme is to eradicate the sense of deprivation and unemployment among KP people especially of FATA and provide them with an honourable source of income so that they could play a pivotal role in providing a bright future to the coming generations.

The government, he said, believed that tribal districts should be made enable to get fruits of democracy in the country so that the journey of quick progress could be embarked upon with unity and without any discrimination.

The CM said that the tribal areas were being kept backwards by the previous governments but now the time has come to remove their sense of deprivation and bring them at par with the developed areas of the province.