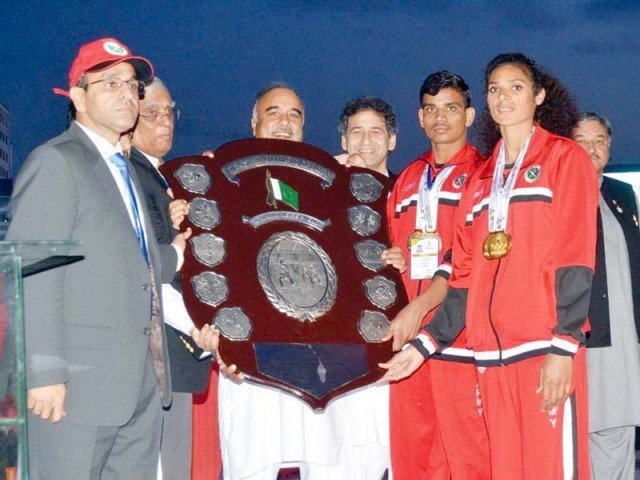 PESHAWAR: Khyber Pakhtunkhwa got overall seventh position as the 33rd National Games concluded with a grand ceremony in Peshawar on Saturday.

The Pakistan Army won the Quaid-e-Azam Trophy for the 24th time with its top position by securing 7,909 points with 150 gold medals, 134 silver medals and 96 bronze medals. The fair-play trophy of the mega event was also won by KP.

As many as 10,000 players from 14 different units including Pakistan Army, PAF, Pakistan Navy, Punjab, Pakistan Police, Sindh, Balochistan, Wapda, Railways, HEC, Gilgit-Baltistan, Islamabad, Azad Jammu and Kashmir and host KP took part in the mega event. It was a huge achievement for KP to leave behind other provinces on the points table.

The governor said in his address that Pakistan gave a message of peace to the world through the mega event of National Games. He said Pakistani players are very talented and hoped that the winning players will win medals for Pakistan at international competitions. Khyber Pakhtunkhwa hosted the National Games seven times. Earlier KP hosted National Games in 1958, 1974, 1982, 1990, 1998 and 2010.