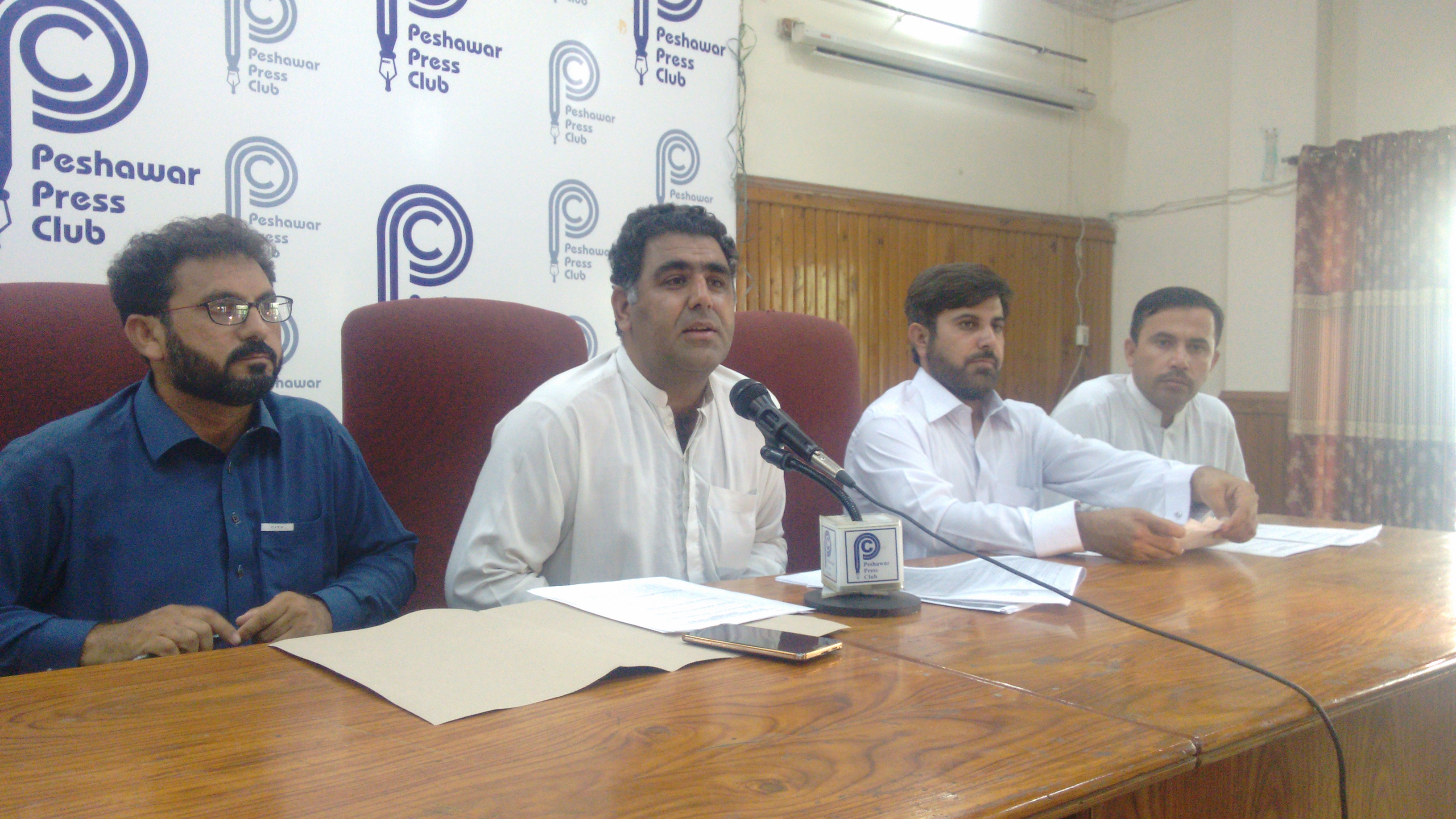 PESHAWAR, 06 October: Office bearers of the United PDA workers’ Union have demanded of the Khyber Pakhtunkhwa government to regularize the services of non-permanent employees of the Peshawar Development Authority.

Speaking at a news conference in Peshawar press club on Monday, president of the employees’ union Zia ul Haq said that the employees have apprehensions over the recent bill tabled by the government in the provincial assembly regarding restructuring of the authority.

“The government should incorporate our demands in the bill before approving it from the house,” he demanded.

“The tabled bill has nothing for the welfare of the employees,” he lamented and demanded that other development authorities established in the province should also be included in the bill.

He further demanded that employees appointed after 2001 should be given equal perks and privileges.