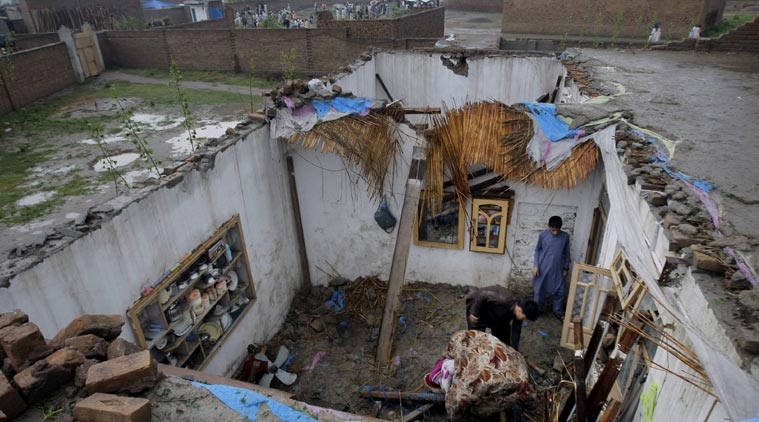 PESHAWAR, 29 April: The Khyber Pakhtunkhwa government has formed 10 teams to make assessment of damages caused by rainstorm in the province.

On the other hand, Khyber Pakhtunkhwa Chief Minister Pervaiz Khattak has announced increase in compensation amount for the people affected by the ‘mini-cyclone’.

The rain and thunderstorm in Peshawar, Nowshera and Charsadda claimed 46 lives and injured over 200 others two days ago. A large number of houses were also damaged in the rainstorm.