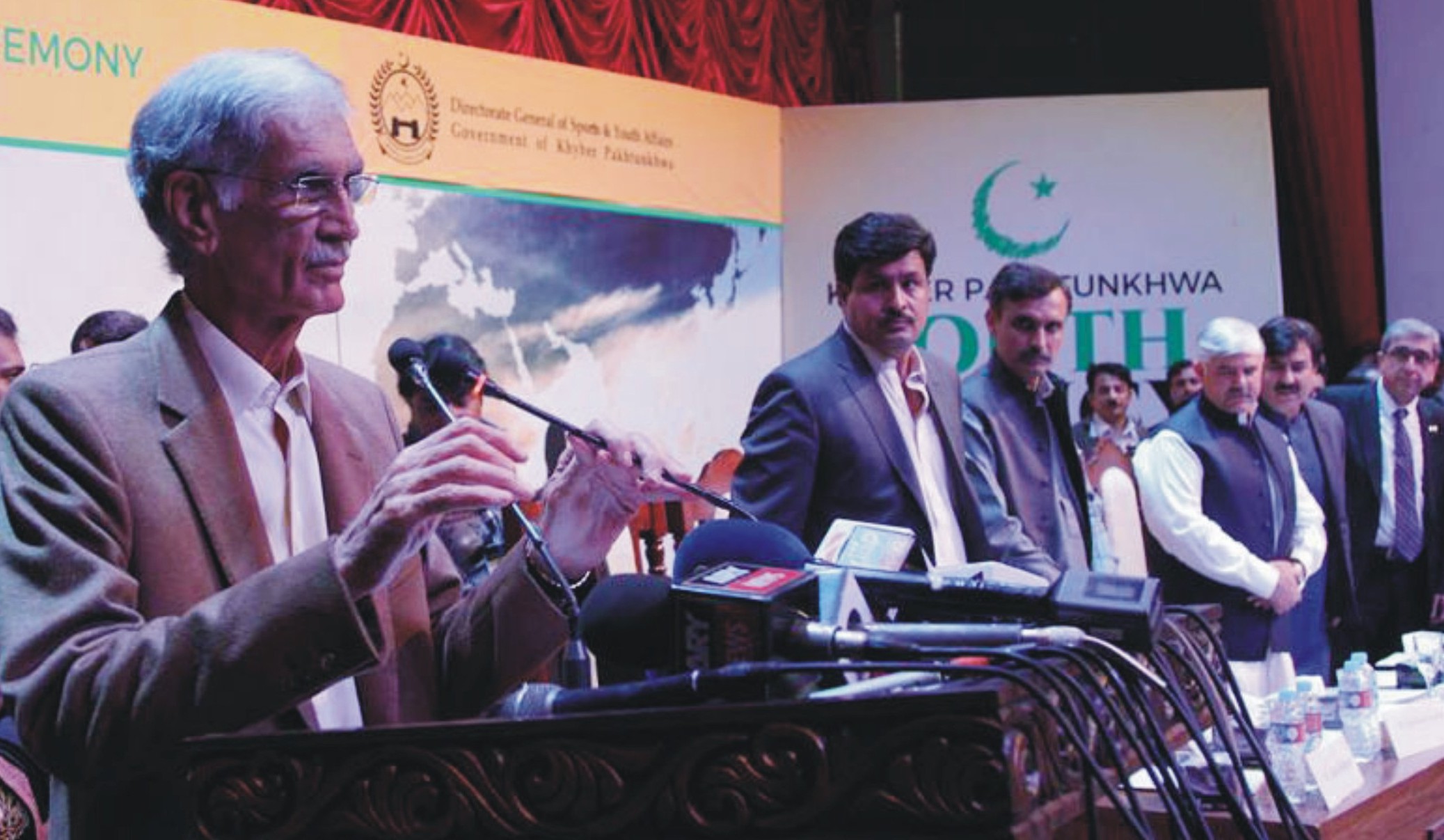 Addressing the inaugural ceremony the chief minister said that youth is the backbone of the society but governments in past ignored this important segment of the society, thus creating a sense of deprivation among the young generation.

He said the youth of today is fed up with the forces of status quo and they want change. The youth of the country were looking for a honest and dynamic leadership and the Pakistan Tehreek-e-Insaf under the leadership of Imran Khan filled this gap.

Pervez Khattak said that the KP government would establish a separate youth directorate and Rs1 billion had been earmarked for the establishment of youth center.He added that provincial government for the first time in the history of Pakistan introduced interprovincial youth exchange program, youth adventure trips, soft skill and mega challenge events.

He went on to say that the KP government was establishing playgrounds in 76 tehsils of the province costing at an estimated cost of Rs.4 billion.

Provincial Minister for Sports Mehmood Khan, MPA Shaukat Yousafzai, leaders of the PTI and other officials were also present on the occasion.

Speaking on the occasion Sports Minister Mehmood Khan said the objective of the policy is to attract youth toward the traditional education and facilitate them in getting professional education.