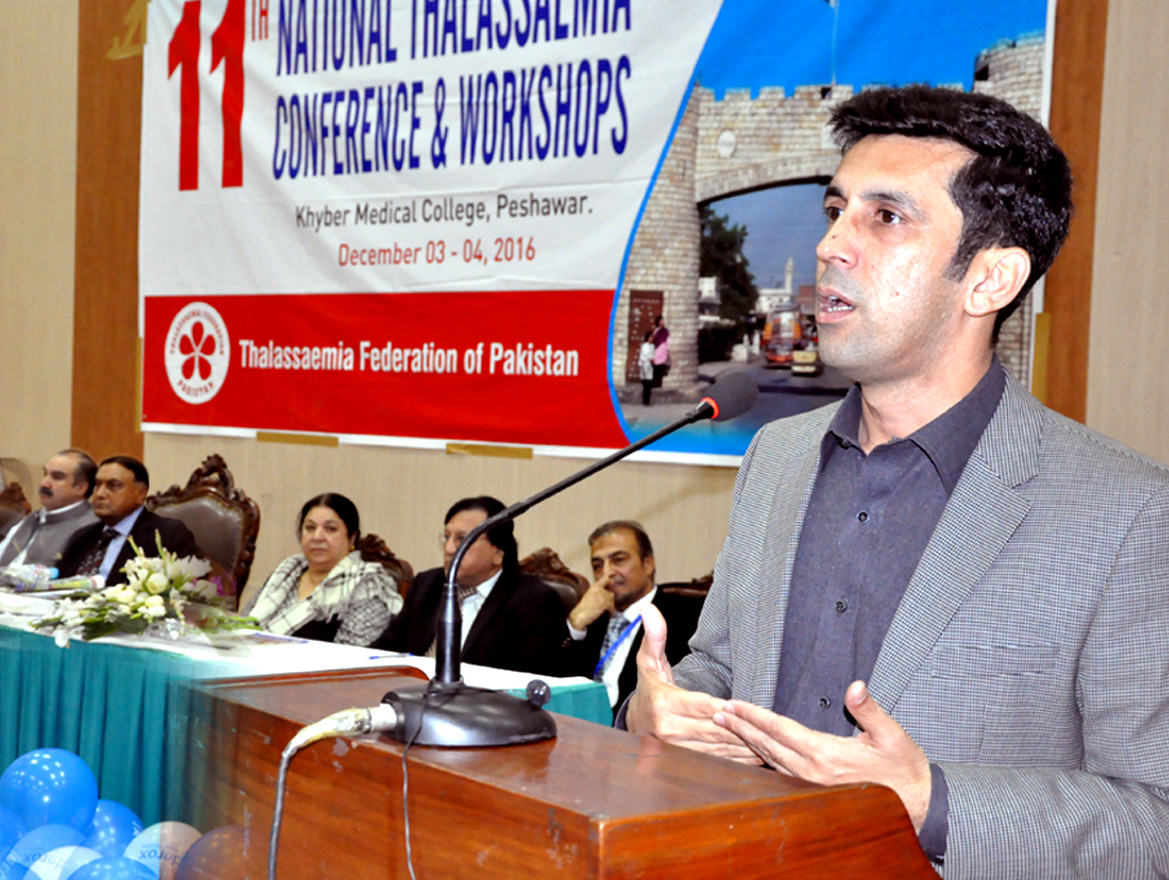 PESHAWAR, 03 December: The Khyber Pakhtunkhwa government will launch a composite program to control Thalassemia, provide proper treatment to the children suffering from the disease and create awareness among general public about the disease.

This was said by provincial minister for Health Shahram Khan Tarakai while addressing at the opening ceremony of 11th national conference on Thalassemia which began at the Khyber Medical College for Girls here on Saturday.

The conference is being organized by Thalassemia Federation of Pakistan and will continue for three days. Health experts from different cities of the country, Thalassemia patients and their parents are also attending the three-day conference.

The minister said that in order to make the program more effective and result oriented, the KP government would take input from the Thalassemia Federation of Pakistan.

The minister appreciated the efforts of welfare organizations fighting against the fatal disease of Thalassemia. He said that treatment to Thalassemic patients in major government hospitals was being provided while the facility would soon be extended to lower level.

He revealed that the KP government was making legislation to control the spread of the disease. He added that the draft of the law would soon be tabled in the KP assembly for approval.

Vice chairman of the Pakistan Thalassemia Federation Dr. Shahzad said that the number of Thalassemia patients has increased in Pakistan. He urged that special drives should be launched to create awareness among the public to stop the spreading of the disease.

He suggested that those marrying within families should do their Thalassemia test before tying the knot.