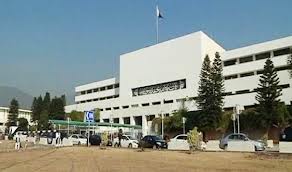 PESHAWAR, 11 May: Khyber Pakhtunkhwa government is all set to stage a sit-in outside the Parliament to mark its indignation against prolonged power outages and “depriving the province of its due rights.”

Addressing a press conference, Khyber Pakhtunkwha Minister for Information Mushtaq Ghani said that despite being major power generating province, its residents are subjected to 18 to 20 hours power breakdowns a day. He added that Khyber Pakhunkhwa has 150 billion rupees outstanding against the federal government which is on a constant dilly-dallying in this connection.

Mushtaq Ghani added that the Khyber Pakhtunkhwa chief minister has been contacting the federal minister for finance for the last several months to discuss with him the issues relating to Economic Corridor route, Afghan refugees, and terrorism, but to no avail.

Pakistan Terhik-i-Insaf (PTI)-led provincial government threatened a few days back to hold sit-in before the Parliament if their demands were not addressed. It has also urged the political parties of the province to join hands with them to get the rights of the province from Centre.