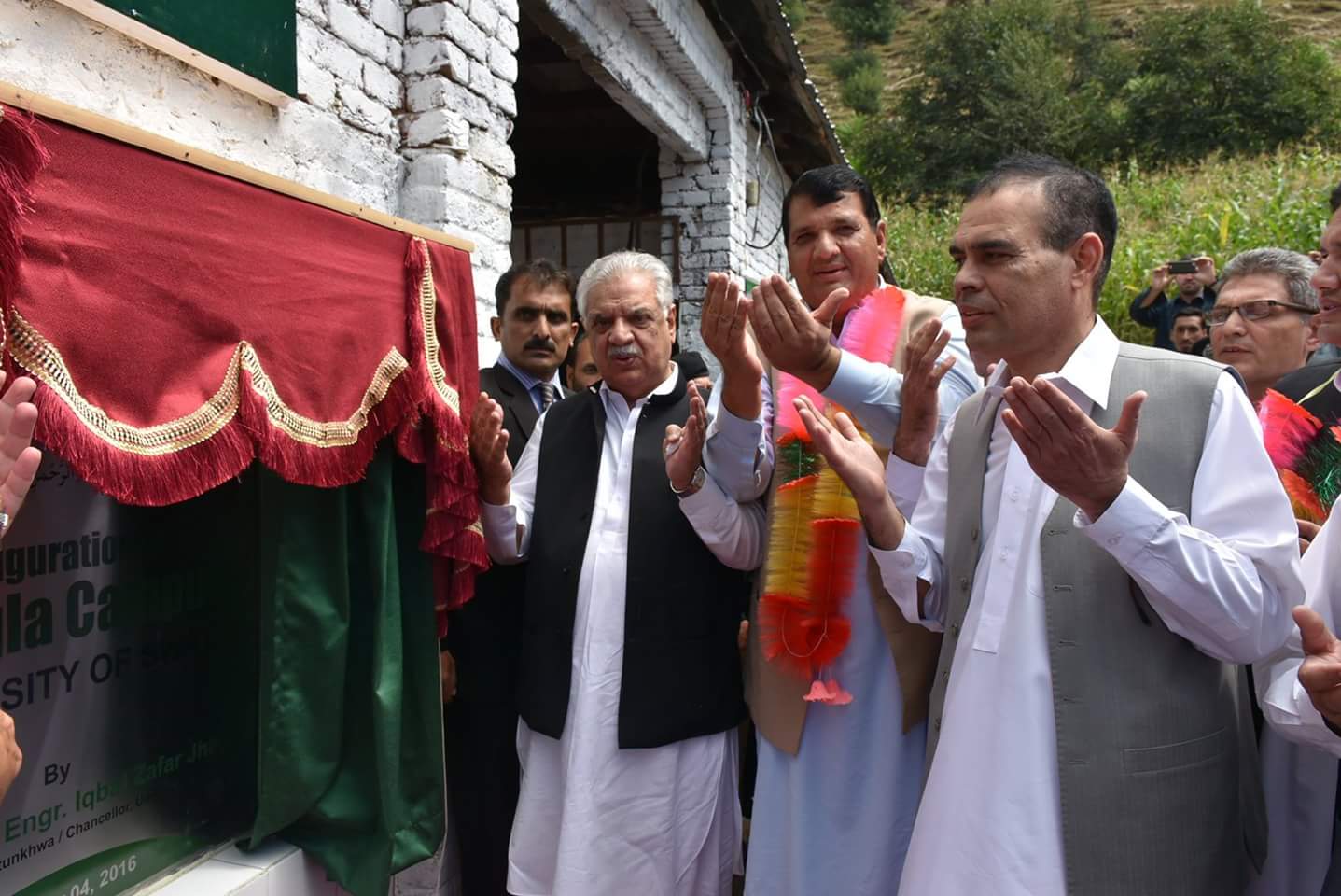 Advisor to prime minister Engineer Ameer Muqam was also with the governor.

Speaking on the occasion that governor said that the newly established campus carried lots of expectations and it would meet the challenges of present day by contributing significantly in the development of the region.

The governor said that promotion of higher education was the top priority of the present federal government, adding it had launched a number of programs to help students achieve higher education. He added that the Prime Minister Fee Re-imbursement scheme, Prime Minister Laptop Scheme, Youth Business Loan Scheme, Interest Free Loan Scheme for Students, Skill Development Program for Youth and the Youth Training Schemes were meant to facilitate the youth. He promised to ensure provision of 100 lap tops for students.

Iqbal Zafar Jhagra hoped that the campus would achieve the objective of providing quality education to the people of this remote area.

The campus has been initially inaugurated in a rented building. However, the governor promised that not only a separate building would be established for the campus but it would also be given the status of a full-fledge university. He also announced establishing of a cadet college in district Shangla.