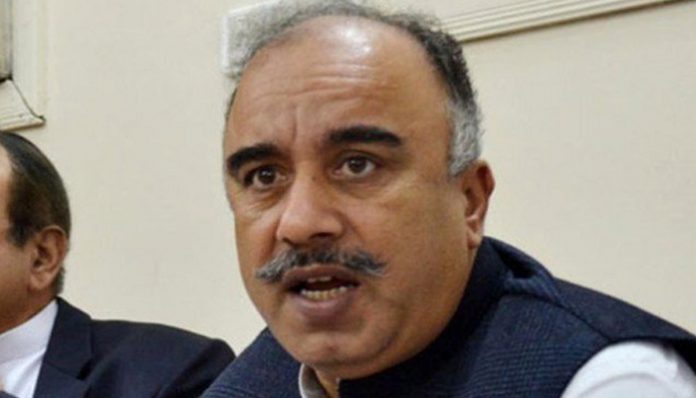 PESHAWAR: Presidential system will be better for the country, says Governor Khyber Pakhtunkhwa (KP) Shah Farman while talking with a private tv channel on Saturday.

The governor has opposed the bicameral system and said that you have to make a lot of compromises for the majority you have to keep. Farman said that it has more negative aspects than benefits, therefore, he believes, in the present situation, the presidential system will be best for the solution of the problem faced by the country

“For an efficient government, the ruler should have the authority to appoint competent people across the country,” the Shah Farman while talking with Tv channel.

All other political parties, including Awami National Party and Pakistan People Party, have already announced to resist any bid to introduce the presidential system in the country. Chief of ANP Asfandyar Wali Khan has said that 18th Amendment has empowered the people and guaranteed development. “ANP workers and leaders were willing to face bullets in defending their rights,” warned Asfandyar in a statement.

The ANP chief said that the government wouldn’t survive if his party staged a protest against any conspiracy against democracy. He said that his party was ready to stage a protest that would last more than 126 days. Asfandyar Wali said that dictators had damaged the country’s interests in the past and the incumbent government should not repeat their mistakes.

“The bid by the dictators to implement the presidential system in the country resulted in the country’s dismemberment and repeating the same mistake would not do any service to the country,” he added.