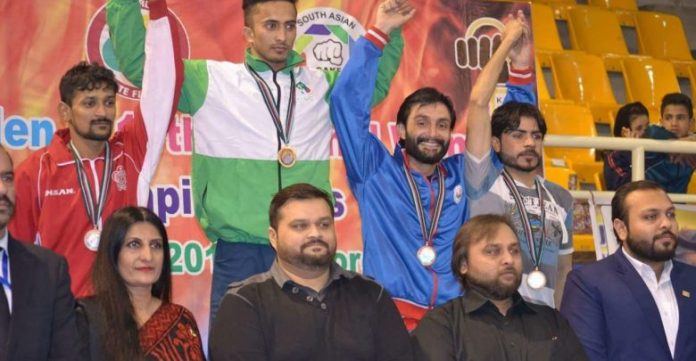 PESHAWAR: The Khyber Pakhtunkhwa government has allocated Rs1.87 billion for construction of two sports stadiums in Peshawar, while the budget for the rest of sports activities in the whole province is Rs1.58 billion.

Both the government and people are so obsessed with cricket that nothing else matters for them apparently as the state of other sports, particularly the national sport hockey, is ever deteriorating due to lack of attention and funds. In the current budget, the KP government has allocated Rs27.5 million for hockey and other Olympic sports. On the other hand, Rs1.37 were allocated for Arbab Niaz Cricket Stadium Peshawar for bringing it to international standard in 2017. The project was to complete within three years, but it isn’t despite the deadline coming near. Rs440 million have been spent on the project and the same amount will be spent again this year.

A proposal of building a cricket stadium at Hayatabad Sports Complex in Peshawar is also under consideration. The renovation and improvement of the sports complex will cost Rs500 million.

Why cricket is so popular?

Director Sports Reham Bibi, who is serving in Frontier College for Women and also served as coordinator with Pakistan Cricket Board (PCB), said people of all age groups take keen interest in cricket and enjoy the sport. She said cricket is a professional sport, it gets good sponsorship and players earn well. She said duration of cricket is longer than other sports and due to increased sponsorship, the earning is even more.

Reham Bibi said KP has great talent in athletics, volleyball and hockey, but such players don’t get fame, attention and earning as cricketers.

Anam from Peshawar, who is playing tennis on national level for last two years, told TNN that cricket is popular because it attracts money, celebrities, sponsorship and media. She said hockey is losing popularity gradually due to lack of attention. She said hockey can regain its lost glory if the government provides it enough funds and media provides it good coverage.

Karate champion Murad Khan said there is no dearth of talent in Pakistan, but different sports are losing relevance due to lack of any attention or patronage by the government.

Murad Khan from Peshawar said he won gold medal in the National Games in 2013 and then won another gold medal in Nepal in an international competition. However, he said, karate is also victim of the government lack of attention.

Sports that were once popular in KP

A local sports journalist, Zeeshan said Pakhtuns play every sport aggressively. He said audience take keen interest whenever there is a match of cricket between Pakistan and India.

Zeeshan said Pakistan was once unbeatable in squash as Jansher Khan and Jehangir Khan, both hailing from KP, won 555 matches consecutively. He believed that Pakistan lost interest in squash because this sport is not played in India there are no arch-rival type matches which are available in cricket. He said squash is also not affordable for every player because it costs more than other sports.

No money for foreign tours

He said squash and other indoor games are also victim of lack of attention. He said only two hockey stadiums in Lahore and Karachi are in better condition, while the rest are in poor state. He said football is the most famous sport in the world, but in Pakistan, investment on this sport is negligible.

All games, including hockey come under the mandate of the Directorate of Sports. KP Director Sports Asfandyar Khattak said Directorate of Sports is responsible for promoting sports and providing all facilities. He said there are over 1,000 sports ground in KP. He said the construction of stadiums, renovation and all other related expenditure is filled under the annual development program. He said Rs2.1 billion budget was allocated in KP last year and this year Rs1.58 billion budget has been allocated.