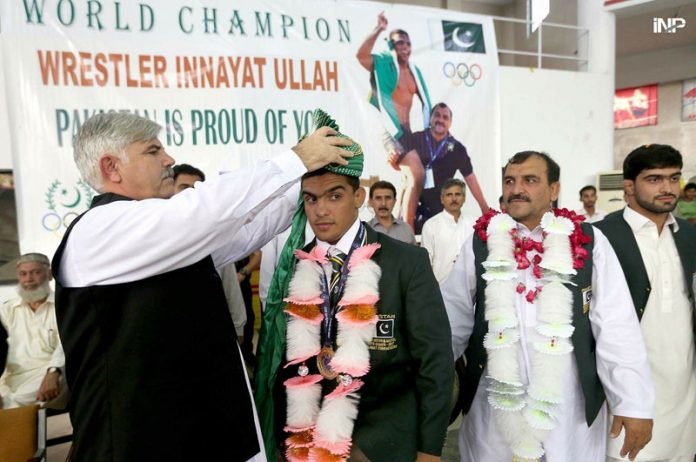 The announcement was made by provincial Sports Minister Mehmood Khan at a ceremony to honour Inayatullah at Qayyum Sports Complex Peshawar which was organised by the KP Sports Department and Olympic Association. The minister, who was chief guest at the ceremony, said Inayatullah’s made the country proud by securing victory against his strong rival from Iran in the final bout with a score of 3-0 in freestyle 70kg Cadet event.

Inayatullah, who hails from Peshawar, credited his parents and coach Pehlawan Zahid for his victory. He said his next target is to win gold medal for Pakistan in the upcoming Youth Olympics in Argentina for which he is undergoing stiff training.

Inayatullah had also won a silver medal in Asian Cadet Championship earlier this year in Bangkok. He first came into the limelight when he won a gold medal at the 2010 Commonwealth Games.