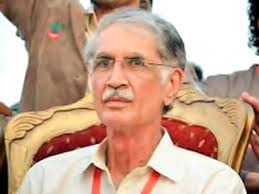 TORGHAR, August 13: The provincial government has announced construction of a district hospital and two and a half kilometres bridge on River Indus in Torghar district.

Chief Minister Mr Pervez Khattak visited Torghar on 12 August. He told a public gathering that construction of a district hospital will problems of local residents and that the bridge would help bring an end the smuggling of woods and would also link Torghar with Hazara, Shangla and Buner areas.

On demand of local residents, the chief minister also approved provision of a fire brigade vehicle and two ambulances to Torghar and to merge the local Levies force into the Police Department.