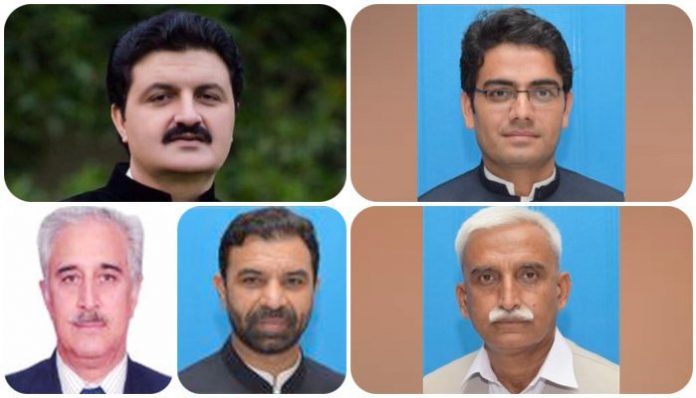 PESHAWAR: The Khyber Pakhtunkhwa government through a writ petition has asked the Peshawar High Court (PHC) to withdraw its verdict against the advisers and special assistants to the Chief Minister.

On Friday, KP advocate General Abdul Latif Yousafzai submitted two different petitions in the court and argued that no prior notification has been issued to the KP government to defend the case lodged by Awami National Party member Provincial assembly.

In the petition, the advocate general, Abdul Latif Yousafzai argued that the provincial advisers and special assistants were appointed as per the 1973 constitution and the law of land. He added that the constitution and law allow KP government to appoint assistants to run the affairs of the country in a proper manner.

As an interim relief in the petition filed by Khushdil Khan, senior lawyers and Awami National Party leader, a division bench of High court had suspended notifications of the appointment of the advisers and sought governments’ reply in the case till June 26.

As a result of the high court order, the appointed of advisors to chief minister Ajmal Wazir, Ziaullah Khan Bangash, and Hamayatullah Khan as provincial advisers and Abdul Karim Khan and Kamran Bangash as special assistants are suspended till further order of the court in the case.

KP Information Minister Shaukat Yousafzai in his reaction on the court order said he has received the news of court orders through media. He said the government will study the orders of the PHC and then decide its strategy. He said the KP government has not received any notice from the court.

Shaukat Yousafzai insisted that the appointment of the five special assistants and advisers was legal and there was no problem in it. He opined that the Constitution of Pakistan allows the chief minister of a province to appoint more than five advisers and special assistants. He said he would respond in detail about the court verdict after receiving input from the Advocate General.