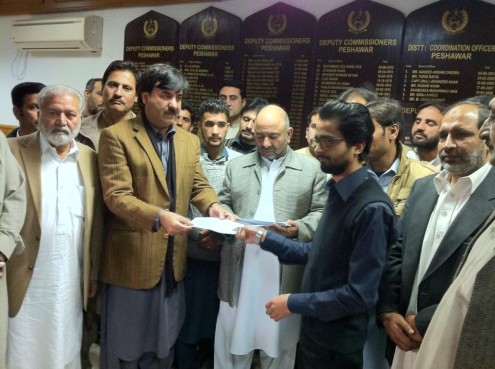 PESHAWAR, December 8: The Khyber Pakhtunkhwa government has distributed Rs4.5 million among the owners of the houses damaged due to drainage system in Hoda Mohallah of Ganj area in Peshawar.

MPA Mr Shaukat Yousafzai distributed this amount among the affected families at the Deputy Commissioner office yesterday. Each affected family got the cheque of Rs198,000 for 10 months to get rented houses.

Mr Shaukat Yousafzai said on the occasion that these houses have been vacated for 10 months by the provincial government for a survey. He said the Engineering University will conduct a survey in the mohallah after which further strategy about this area will be made.

The affected families expressed happiness over getting the compensation cheque.

“A few houses of our mohallah were damaged for which the government helped us and gave us 10-month rent. We are very happy over it. We highly appreciate this noble gesture of the government and the deputy commissioner,” the beneficiaries of the scheme told Tribal News Network.