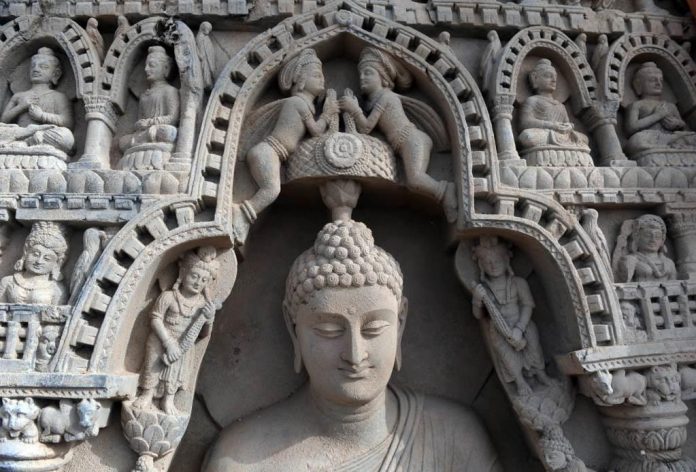 PESHAWAR: Khyber Pakhtunkhwa (KP) government on Tuesday has decided to retrieve 3147 artefacts of Gandhara civilisation preserved in four museums in different cities of the country.

This was decided during a meeting held in KP Directorate of Archaeology and museums which was chaired by Senior Minister Muhammad Atif Khan.

According to the data of KP directorate of archaeology, a total of  1,118 antiquities of Gandhara civilisation are preserved in National Museum of Pakistan in Karachi,  205 are at Exploration and Excavation Research Karachi, 1,666 Taxila Museum and 158 are in Islamabad Museum.

Talking to media after the meeting, Atif Khan said that the province’s precious artefacts are present in various museums of the country for the inter-provincial coordination committee will be contacted to bring them back to museums located in KP.

“All these initiatives are aimed at promoting religious tourism, which will not only increase revenue,” Mohammad Atif Khan said to the media, “In fact, with these efforts, people from different countries will come closer to each other.” The senior minister also directed the development of 12 sites at a cost of Rs 50 crore already and accelerated the ongoing work on the project.

The Khyber Pakhtunkhwa province is home to more than 6000 sites, mostly Buddhist, as KP was central of ancient Gandhara civilization. It provides an ample opportunity to promote religious tourism and attracted people from countries like Japan, Sri Lanka, South Korea, China and other countries.

For this purpose experts/stakeholders from Archeology, Religious Tourism and Marketing are being brought together to devise a strategy for religious tourism promotion in the province.