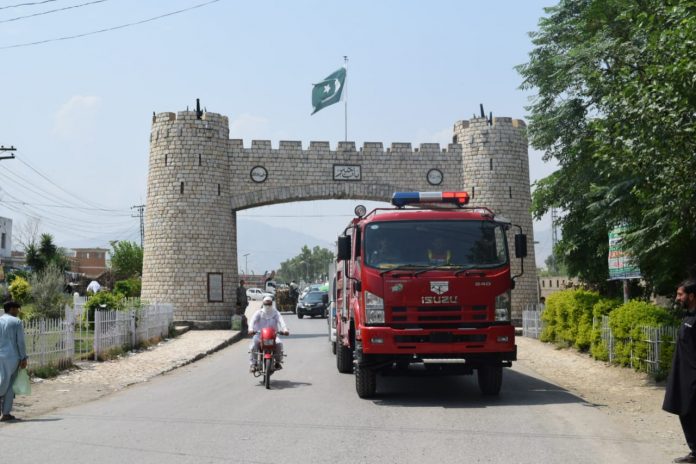 Dr Khatir added that all facilities have been provided to the emergency centre in Jamrud after the construction of its building was completed last week by the communication and works department. “The station has been equipped with modern emergency equipment to protect lives and properties of tribal people,” said Dr Khateer while talking to media.

The Rescue 1122 director general said that a total of 20 Rescue 1122 stations will be established in different tehsils of tribal districts that will provide support to tribal people to counter emergencies for which the government of Khyber Pakhtunkhwa (KP) has allocated Rs 3.50 billion. Dr Khateer added that they are procuring lands for establishing new stations and so far land has been acquired in Mohmand, Bajaur and Bara tehsil.

The Khateer also announced that from tribal districts more than 1500 employees will be hired during the coming few years to serve at the Rescue 1122 stations.

The senior government official informed that with new stations, the will be able to counter emergencies and help the tribal people protect their precious lives and properties. The officials have also requested the tribal people to help the Rescue 1122 to serve them in the right manner and give correct information to rescue 1122 office to reach on time to the spot of emergency.