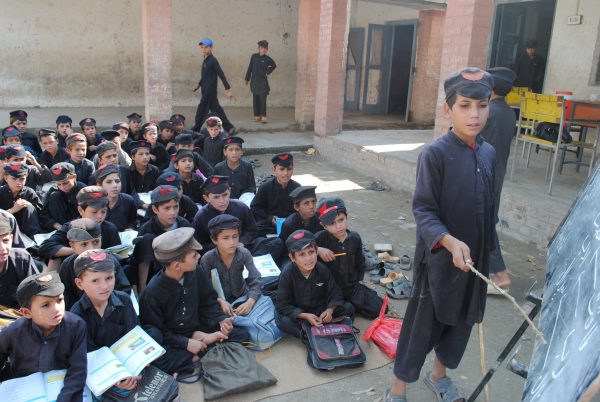 PESHAWAR:  The Khyber Pakhtunkhwa (KP) government on Thursday extended the Independent Monitoring Unit (IMU) to schools in the tribal areas.

The decision of extending the IMU to tribal areas was taken in a  meeting under the chairmanship of the Prime minister Imran Khan on December 31.

A notification issued by the KP education department says that the IMU will help to enhance the standard of education in the tribal areas, which were much ignored in the past.

While talking to the media the advisor of Chief Minister KP on education Ziaullah  Bangash said that to improve the education standard and ensure the presence of teachers and students, KP govt has extended the Independent monitoring unit system to the seven tribal districts.

“On the directives of the Prime Minister and also on the demand of the tribal elders, I’ve extended the IMU to the tribal areas, which enable us to monitor teachers’ presence in schools, and collect proper data of students, schools and teachers in all the seven tribal districts,” Bangash said.

The minister added that “during my visits to the tribal districts, I came to know that teachers are reluctant to attend the schools as majority of them have been doing business in the settled districts. Now they would be accountable to the district education officer”.

An action would be taken against ghost teachers in the tribal region and soon biometric system to be installed in those tribal schools to monitor the teachers and other staffers’ presences during duty time. The IMU project director was also directed to carry out measures for extension and asked to supervise the process until the extension is completed.