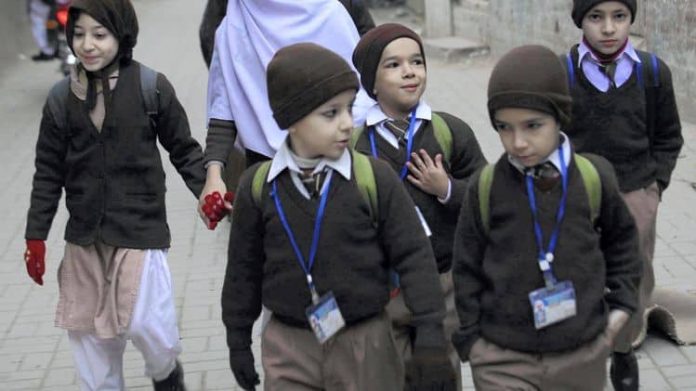 According to the notification, scrutiny committees would be formed in tribal districts and respective District Education Officers will be its chairpersons.

The KP-PSRA was set up by the Khyber Pakhtunkhwa government in April 2018 to stop the exploitation of students and parents by the owners of private educational institutions. The Secretary of Education works as its head. The KP-PSRA ensures the implementation of government policies in private schools and determines its fees structure.

PESHAWAR: Senior Minister for Sports, Tourism, Culture and Youth Affairs Khyber Pakhtunkhwa Muhammad Atif Khan Wednesday said that construction of 1000 grounds is the top priority of the government in its five-year tenure.

Talking to media soon after attending the election meeting of the Sportswriter association, Khan congratulated the newly elected office-bearers of the association. He said there is no dearth of talent in Khyber Pakhtunkhwa and the transferred districts and that is why the government is focusing on youth.

“Sports promotion and provision of much-needed exposure to the youth would further encourage them to come up at national and international levels,” said Atif Khan. He said the government has taken some key steps for the promotion of tourism like introducing the e-visa system for 150 countries of the world while 50 countries would get the visa on arrival. That is why it is very easy for those visiting Pakistan to get their visa while setting in their home, he added.