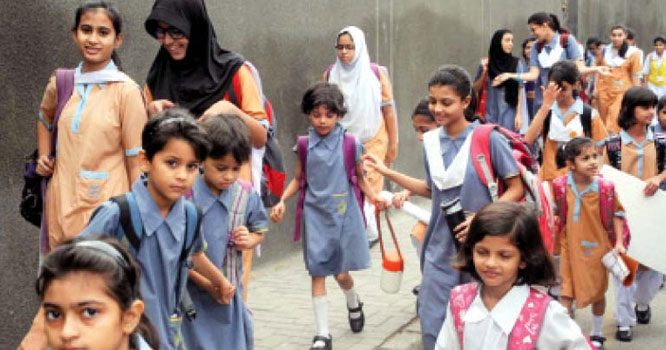 PESHAWAR: Khyber Pakhtunkhwa Chief Minister Mehmood Khan has formed a committee to resolve the problems of private schools which are closed since March due to the fears of spread of coronavirus.

During the meeting, the chief minister assured that the provincial government will take all possible steps for resolving genuine problems of private schools.

The owners and staff of private educational institutions have lodged several protests for reopening of schools. However, the government insists that the schools cannot be opened immediately due to the fear of coronavirus.

The private schools owners are of the opinion that when all the institutions and markets have been opened with SOPs then what is wrong with opening of schools.

The private schools are making various demands, but parents of students say they are regularly paying fee to the schools despite closure. The parents said they receive continuous messages and calls from schools for payment of full fee, while in return their children are not receiving the education for which they are paying.

Teachers of private schools are also complaining that they are not receiving salaries despite the fact that parents of students are regularly paying fee.