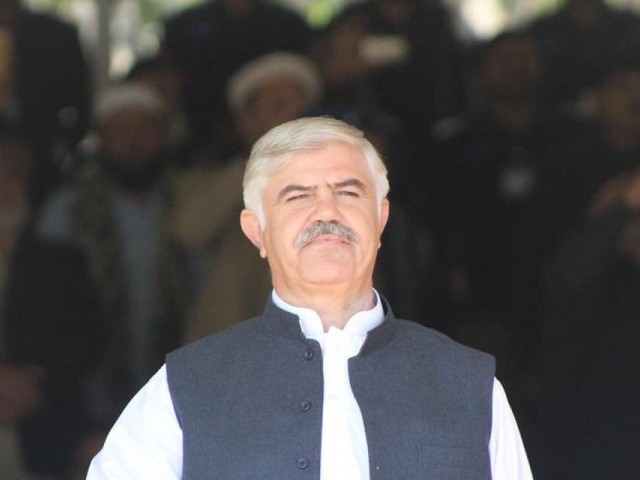 He was addressing a ceremony regarding handing over of vehicles to excise department at Qayyum Stadium Peshawar.

Khan also indicated that bill regarding prevention of narcotics would soon be tabled in the provincial assembly for approval that would support to eradicate the menace of narcotics and other illegal drugs in the province. The CM announced to improve services structure of Excise Department and system of accountability will be introduced within the department.

He assured official accommodation for the officers of Excise department.

He further announced to donate 13 vehicles of different types to orphan houses and schools. On the occasion, he donated a Bolan vehicle to an orphan house under Abdul Samad memorial trust.

The Chief Minister appreciated the introduction of a centralized system and smart card for registration of vehicles and said that this initiative would not only facilitate the field staff in checking of vehicles but the consumers will also take the benefit of these initiatives.

The Excise department was directed to introduce digitalization of property tax system and E-Payments. He also announced establishment of tax facilitation centres in all the districts of the province. The Chief Minister said that government will extend its all out support for the strengthening of this excise and taxation department.

He hoped that officers of Excise department will perform their duties with more dedication and honesty. The Chief Minister on this occasion also distributed prizes and certificates among the officers for their best performance and gave a shield to outgoing excise officer Ikramullah. Secretary Excise, DG Excise and President Sarhad Chamber of Commerce also addressed the ceremony.