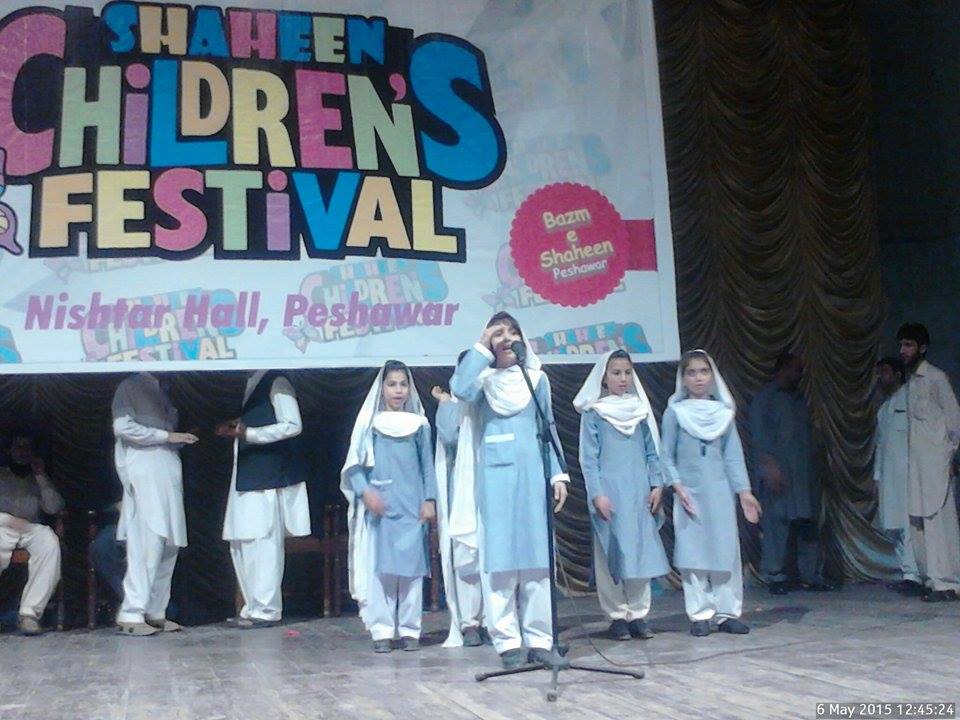 Boys and girls students of 30 schools of the district, their teachers and parents participated in the festival. Organizers of the moot said that the festival was aimed at providing an opportunity to the students to come out of the trauma of Army Public School carnage, which left over 150 people, mostly schoolchildren, brutally killed.

Students presented skits, tableaus and poems regarding peace and tranquility. Declamation and quiz contests were also held. Later, prizes were distributed among the students who participated in various competitions and exhibited excellence.