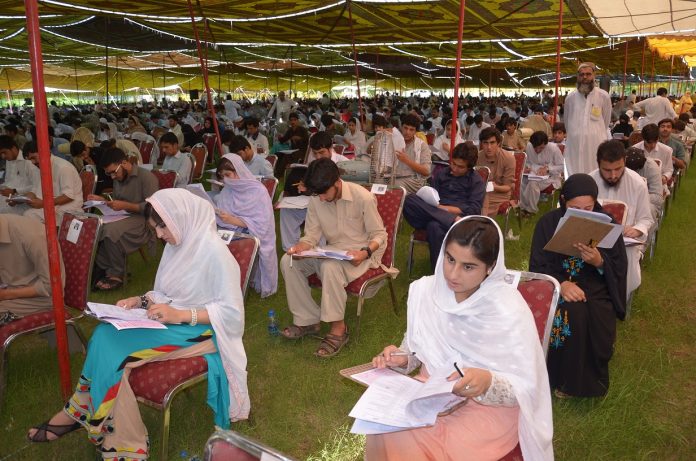 PESHAWAR: Tribal students slammed the Khyber Pakhtunkhwa government for ignoring them in the test conducted by the Educational Testing and Evaluation Agency (ETEA) for the award of scholarships in various institutions of the province.

The students said that it is injustice with the tribal youth who are the most affected due to the war in the area where hundreds of schools were demolished. Khyal Zaman, President of tribal youth movement told TNN that the KP government advertised ETEA test for the award of 200 scholarships to the students of 6th and 7th grade of the province recently but excluded the tribal students.

The tribal youth have demanded the Prime Minister Imran Khan and Chief Minister Mehmood Khan to direct the officials concerned to arrange ETEA test for the students of tribal districts as soon as possible and award them scholarships in prestigious institutions of the province.

They expressed the need that the government should pay more attention to the students of erstwhile FATA otherwise the youth would feel frustrated about the merger of the region into the province. “Tribal students deserve more attention as they are the worst affected due to wars,” the president of the students movement said.

Many protests were carried out by FATA students recently against the possible abolition of the quota system for tribal youth as they asked the government to retain the already reserved admission and job quota for tribal youth in various educational institutions and departments in the country.