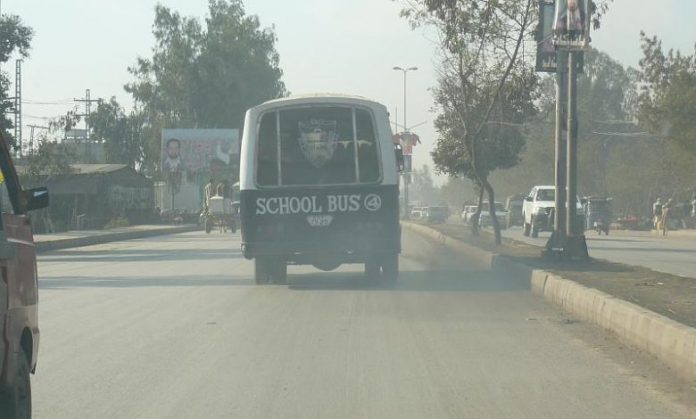 Khyber Pakhtunkhwa government has imposed ban on more than 20 years old school buses in the province.

The ban will bar the old and rickety buses from plying the roads.  Authorities said that the ban has imposed to protect the school children.

Director Transport KP Fahad Ikram Qazi said that the old buses were responsible for causing pollution. He said that it was the government’s job to take steps to control environmental pollution.

On the other hand, parents have also welcomed the government decision. KP government has announced to take action against the old buses after January 15.

Earlier in November last year, four children were killed and 30 others were injured in a road accident in Swat.

Local police later blamed the dilapidated condition of the bus for the accident. Swat police has arrested the school principal and bus owner following the accident.