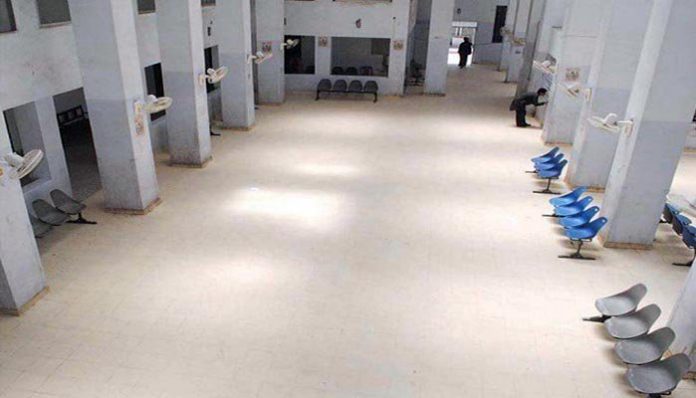 PESHAWAR: The Khyber Pakhtunkhwa government has finally succumbed to pressure by the protesting doctors and invited them for negotiations.

Chief Minister Mehmood Khan has invited the protesting doctors for talks on May 21. The Health Department of KP has issued a communiqué to the KP Doctors Council in which they have been asked to end their strike in best interest of the masses.

The doctors of KP are observing strike in all parts of the province in government hospitals for the last four days over alleged torture by guards of KP Minister for Health Hasham Inamullah on Dr Ziauddin, a member of the Doctors Association. The protesting doctors are demanding resignation from the health minister and Dr Nosherwan and registration of FIR against the health minister.

The doctors are on strike on the out-patient departments (OPDs) of the hospitals due to which the patients and their attendants are facing many difficulties. However, the emergency departments are open to deal with emergency cases.

KP Information Minister Shaukat Yousafzai said a day earlier that the provincial government will implement its health reforms policy and will never tolerate any hindrance in this regard. On Friday, additional personnel of police were deployed at hospitals to open the OPDs. The information minister said the provincial government showed a lot of patience in this matter and no one will be allowed to forcibly close the OPDs. He had said that the government was ready to listen to the grievances of doctors, but creating difficulties for patients is intolerable.

Some of the opposition politicians have also started support for the protest of the doctors. However, the provincial government is of the view that this episode has been created to halt the government’s health reforms policy. It says doctors will be transferred where required. If all the doctors want to serve in main cities like Peshawar then who will serve in far off areas and who will take care of patients in hospitals of these areas.

Prime Minister Imran Khan in a video message has also made it clear that the PTI government will not compromise on its health reforms agenda. He has said that the public has voted the PTI to reform the decades-old system.