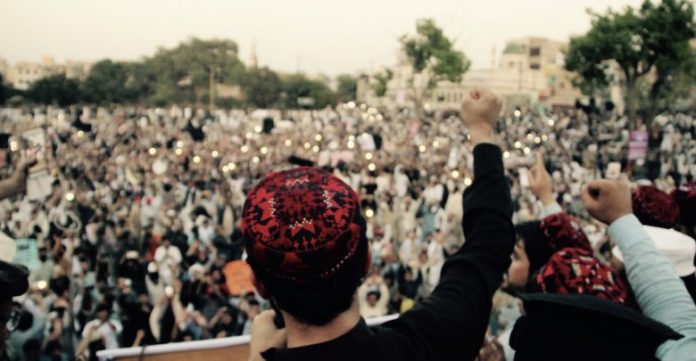 PESHAWAR: The Khyber Pakhtunkhwa government has invited the leadership of the Pakhtun Tahaffuz Movement (PTM) for talks in a Jirga on March 26.

Adviser to Khyber Pakhtunkhwa Chief Minister for Tribal Affairs Ajmal Wazir said this while talking to media persons in Peshawar on Wednesday. He said the government has formed a committee comprising Members National Assembly and Senators from the tribal districts for talks with the PTM leadership. He said the PTM leaders should now sit with the elected representatives of the tribal districts and discuss all issues with them.

The invitation says the elected MNAs and senators from the tribal districts have decided to hold talks with the PTM leadership to resolve all the issues of Pashtuns. It said the first meeting of the Jriga has been fixed on March 26 at 11:00am at the Civil Officers Colony in Peshawar. It said the purpose of the meeting is to resolve the individual and collective issues of Pakhtuns through negotiations.

The invitation letter says it is hoped that the PTM leaders will participate in the Jirga to find durable solution to the problems of Pakhtuns.

Ajmal Wazir also told media that the KP government was implementing a 10-year developmental plan on tribal district to remove deprivations of the tribal people.