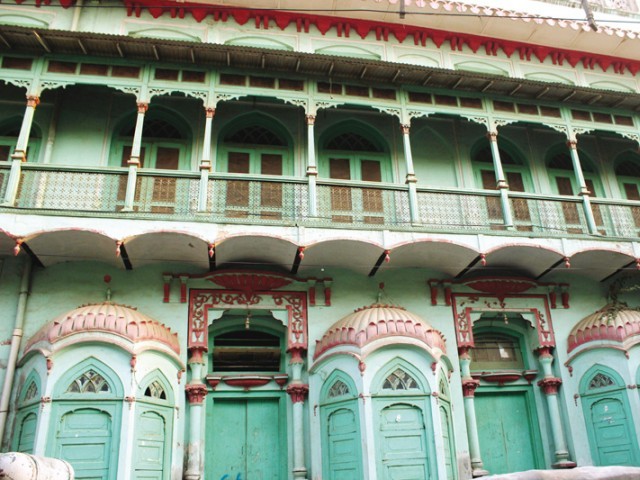 PESHAWAR: “The government of Khyber Pakhtunkhwa (KP) is spending funds on the restoration of Sikh building in Peshawar,” said Muhammad Asim Khan, the district Nazim while talking to media here at government Shaheed Mobin Afridi high school in sadder.

The Nazim said that district government has spent Rs 02 million on the preservation of the historical archaeological site. Asim added that they are well aware of the historical value of the structure; therefore, they have allocated funds to its restoration.

The building is presently housing a government higher secondary school which was named after Shaheed Mobin Afridi, who was martyred in army public school attack in 2014. The district Nazim visited the historic main hall of the Government Mubin Shah Afridi Higher Secondary School, renovated with the expertise of KP directorate of archaeology and museums. Since it is of historical importance, the archaeology department allows only the well-trained archaeologists to renovate or reconstruct any structure.

The district Nazim revealed that the ceiling of the historic hall of the school was in dilapidated condition. He added there was also a possibility of its being collapsed on the heads of the students therefore; they made it as their priority to restore it. So keeping this thing in mind, said the Nazim, the hall was closed by the education department. This hall was built in the Sikh era being used as a local court.

On the occasion, the district Nazim also claimed that the district government was taking tangible measure to upkeep and restore archaeological sites in the provincial metropolitan. He also appreciated teaching staff for imparting quality education to students with great affection and dedication.