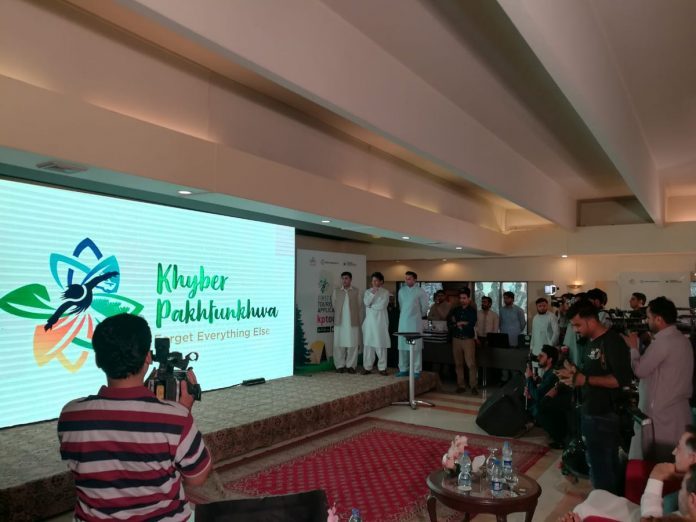 PESHAWAR: The Khyber Pakhtunkhwa government on Wednesday launched the first ever mobile application in Peshawar to promote tourism in the province.

The mobile app ‘KP Tourism’ will be helpful for tourists from all parts of the country and abroad to plan their tours across KP, discover scenic places and interact with other tourists.

Speaking on the occasion, Atif Khan the mobile app has been launched with an aim to promote tourism in KP and attract national and foreign tourists. The minister said the KP government aims to bring 10 million foreign tourists to the province in five years which would generate $10 billion dollars revenue.

He said the PTI government is heavily investing in tourism sector that will create jobs, develop tourist spots and boost national economy. He said promotion of tourism will also promote soft image of the country at international level. He said Rs8 billion has been allocated in the new budget for developing infrastructure at tourist sites.

Zulfi Bukhari said the launching of mobile app a will prove a milestone in promotion of tourism in KP. He said that the users with a single click on the app will get information about tour operators, hotels, restaurants booking, trekking and backpacking spots, tourist resorts, lakes, weather condition, archaeological, adventure, religious and cultural tourism sites and plan their trip at home before leaving for a particular destination.

Zulfi Bukhari said that government was committed to promote tourism on modern lines to earn foreign exchange for the country. He said Pakistan is a beautiful country with plenty of tourist sites and new online visa policy would make the country a hub of tourism.

A documentary highlighting the importance of tourism in Pakistan and KP was also played during the function.