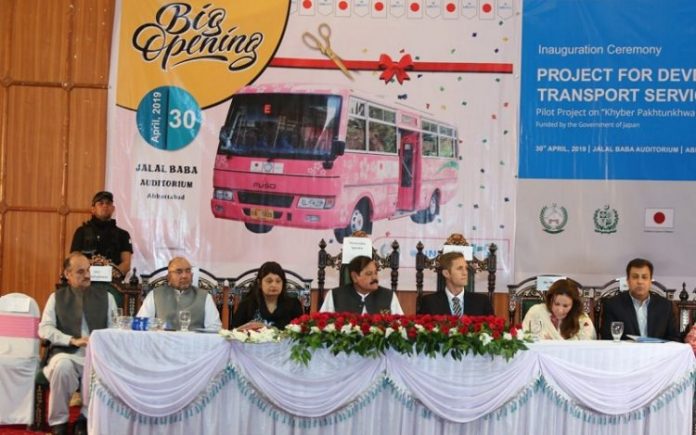 The Pink bus project was launched with the help of the United Nations Office for Project Services in partnership with Transport and Mass Transit Department of the province and with the financial support of the government of Japan.

“It is a great initiative towards women empowerment,” said the speaker while addressing the ceremony. He added KP government has fulfilled its commitment by making the pink buses operational despite the fact that certain procedural hurdles were hampering the initiation. Ghani added the initiative of providing transport facility exclusively for women was part of the provincial government’s policy and the initiative was taken for the facilitation of women.

Thanking on behalf of the provincial government to UNOPS and Japan government, Mushtaq Ghani said that project was the first of its kind not only in Pakistan but in entire South Asian region which would ensure the provision of safe, economical, reliable and free of harassment transport facility to women. “PTI government, both in the province and the centre committed to protecting women rights and providing them employment opportunities,” added KP assembly speaker.

Under the Pink bus service project 14 specially designed buses have been provided, seven each for Abbottabad and Mardan. In addition to the buses, 15 designated bus stops have also been set up on the designated routes within the city.