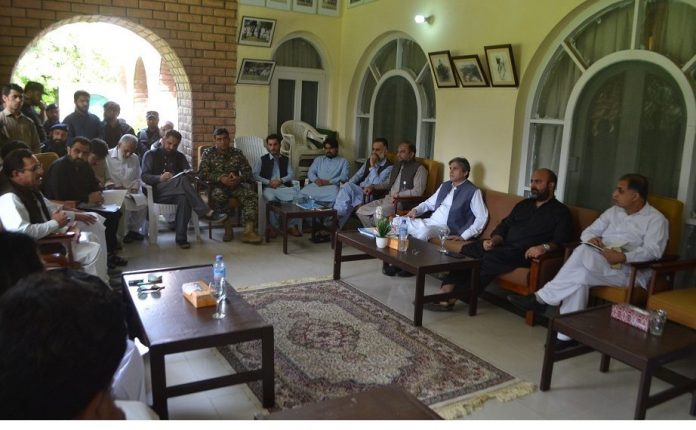 The Bank of Khyber (BoK) Managing Director Saiful Islam said on the occasion that citizens aged between 18 and 50 will be eligible for the loans. He said loans ranging from Rs50,000 to Rs1 million will be provided under the scheme.

The strategy to keep the Torkham border open round the clock was discussed during the meeting. The relevant staff briefed the KP finance minister about the problems of staff shortage and other issues.

The meeting decided to raise these issues with the prime minister’s adviser on finance in Islamabad. They assured that steps will be taken to address the staff shortage and other issues relating to Torkham border.

Mr Jhagra said the government is taking steps for promotion of Pak-Afghan trade. He said problems of the area people will be resolved on priority basis. He said he will raise the issues of staff shortage and problems of Customs, FBR, FIA, Interior Ministry and other border problems with the authorities in the federal capital. He said enhanced Pak-Afghan trade through Torkham border will create job opportunities for the local people. He said steps will also be taken to facilitate the people crossing Torkham border on foot.

After the meeting, Taimoor Saleem Jhagra met the Pakistan Tehreek-e-Insaf (PTI) activists and leaders at the Jirga Hall in Landikotal. He said the PTI is well aware of the problems of people and it will resolve all these problems. He said the PTI government is specially focusing on development of tribal districts.