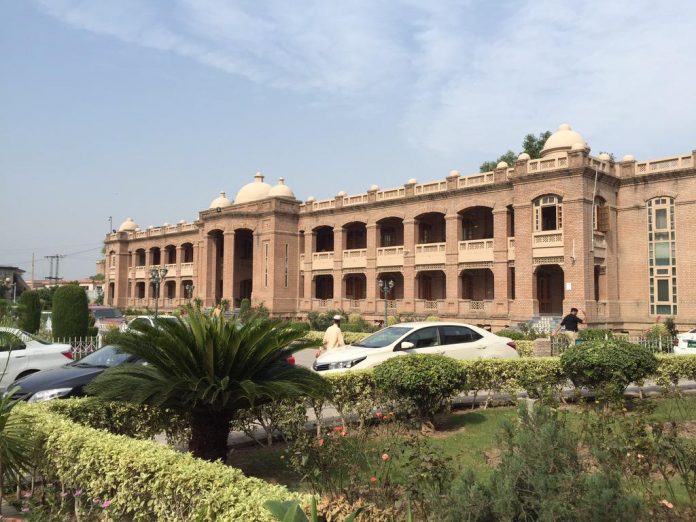 PESHAWAR: After the merger of tribal districts with Khyber Pakhtunkhwa, the provincial government has declared 117 employees, appointed by erstwhile FATA Secretariat, as ‘Surplus’ and placed them in the surplus pool of Establishment and Administration Department.

The 117 employees were directed to wait for further adjustment/ placement, said an official notification issued on Thursday.

It was further notified that Deputy Secretary (Establishment), KP Establishment Department has been appointed as the focal person to properly monitor the whole process and ensure proper and expeditious adjustment/absorption of the above-mentioned surplus staff.

Consequent upon above all the above surplus staff along with their original record of service is directed to report to the Deputy Secretary (Establishment) Establishment & Department for further necessary action. It was notified by the Establishment Administration Department (Regulation Wing), Government of Khyber Pakhtunkhwa.

PTI government will not snatch job from anyone: Minister for Mines and Minerals

He shared these views in a meeting with the delegation of Ex-FATA Disaster Management Authority employees at his office on Thursday. He said that the PTI government will not snatch job from anyone, while they will be provided with jobs and new opportunities.

He claimed that those employees who were attached with minerals in ex-FATA secretariat have been adjusted in the department of mines and minerals; moreover, we are in contact with relevant authorities for the solution of the said issues.

Employees’ delegation shared issues related to their employment and thanked the minister for his due cooperation.

The provincial minister assured the delegation that their issues would be discussed with relevant authorities. He further stated that issues related to Levies and Khasadar forces have been resolved, so other employees’ issues will also be fixed on a priority basis.