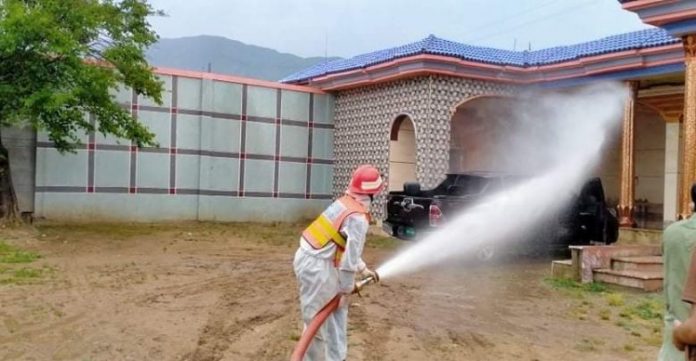 PESHAWAR: The Khyber Pakhtunkhwa government says it is fully prepared to tackle the challenge of second wave of coronavirus.

Minister for Health Taimur Jhagra flanked by Special Assistant to Chief Minister on Information Kamran Bangash said at a news briefing that steps are being taken to tackle the second wave of corona.

In the first phase, people of six districts of Malakand Division would be provided free of cost healthcare facilities up to Rs1 million each. The minister said that after launching of Sehat Card in Malakand Division, it will be launched in Hazara Division by November 30, Peshawar region by December 31, 2020 and by January 31, 2021 in Southern parts of KP.

The minister said that Sehat Card Programme would be extended to the whole province by January 31 next year. He said the government has allocated Rs18 billion for the project. He said all the families registered with the National Database and Registration Authority (Nadra) would be the beneficiaries under the programme.

Mr Jhagra said the Sehat Card Programme would cover at least 6.5 million families in KP. He said health service under the programme would be provided at 83 hospitals including 59 private hospitals and 24 public hospitals. He said the number of hospitals will reach to 250 by the time it is launched in the whole province.

Prime Minister Imran Khan is scheduled to make the announcement about the Sehat Card Programme during a public gathering in Swat. Chief Minister Mahmood Khan and Federal Minister for Communications Murad Saeed would also address the public gathering.

Kamran Bangash said at the news briefing that Prime Minister Imran Khan has encouraged provincial government for tremendous steps. He said the premier will also inaugurate Hassan Abdal Railway Station. Hassan Abdal railway station has been constructed at a cost of Rs300 million. It consists the ground and the first floors.

Kamran Bangash said the KP government is completing important projects and is set on path to development.