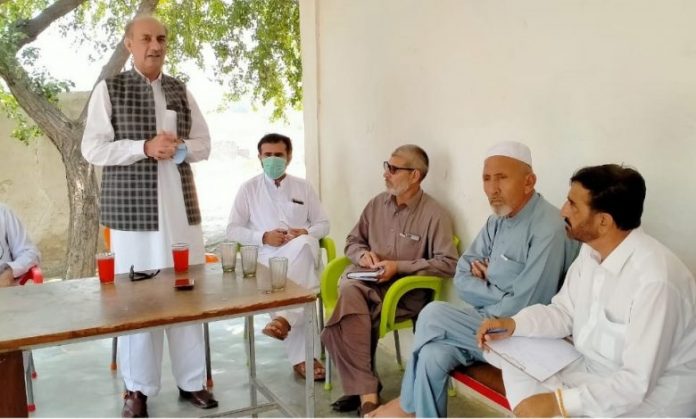 TNN correspondent reported that Fareed Khattak during his visit held meetings with staff of different schools. Addressing a function at a girls primary school in Ashkhel area, the officer said the Khyber Pakhtunkhwa government under the leadership of Chief Minister Mehmood Khan is taking concrete steps for repair and restoration of all the educational institutions in merged districts.

Fareed Khattak said the provincial government has allocated Rs3 billion for reconstruction and provision of facilities in schools in merged districts. He said funds for provision of missing facilities in schools of Landikotal have also been transferred to relevant accounts. He hoped that the funds will be utilised in a transparent manner to improve the condition of schools. He said the KP government wants to bring the students of merged tribal districts on a par with the students of rest of the country by providing them all the facilities.

On the occasion, the ESED official approved construction of two rooms in the girls primary school and one room in the boys school Ashkhel. He also approved funds for provision of electricity and clean drinking water to these schools. He said the strength of students in these two schools is higher; therefore, additional classrooms will be built on priority basis.

Fareed Khattak urged the teachers to perform their duties with dedication as they hold the key for building future of students. He said the schools, houses and hujras (male guest houses) must be protected, as these buildings can be used for education of students.

Assistant District Education Officer Misal Khan Shalman thanked the KP government for released over Rs3 billion for improvement of government schools. He said the government is delivering on its promise of brining change by allocating massive funds for education.

The local tribal elders have also hailed the government for allocating funds for reconstruction of the schools and provision of facilities.