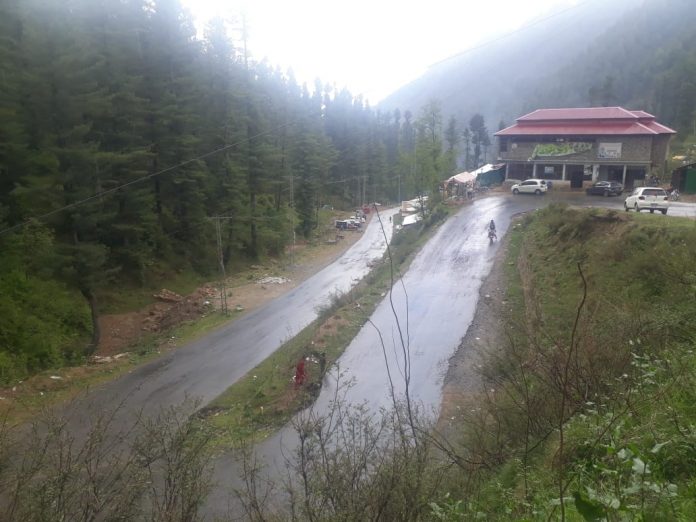 The amount would be used on construction of four mega trekking projects in the mountainous areas. The provincial government stated this in a statement released in connection with World Tourism Day observed on September 27 every year to raise awareness about the significance of tourism and its effects on social, political, cultural and economic values.

This year theme of the Tourism Day was “Tourism for inclusive growth”. Department of Culture, Sports and Tourism Secretary Abid Majeed said the provincial government has launched various projects for promotion of tourism. He said Tourism Department was constructing road connecting Kalam to Kumrat, besides roads from Auon to Kalash, Bamborait to Rambor valley, and Chitral to Garam Chashma so that tourists could easily visit these picturesque areas.
Keeping in view huge influx of tourists, the secretary said Tourism Department was introducing new tourist destinations. He said four mega tracking projects were being constructed which include Thandyani to Nathiagali, Thandyani to Barain Gali, Dagri Banglow to Miran Jani Top and concluded at Nathiagali, adding, a unique feature of this was 40km tracks is centuries-old trees. The track from Thandyani to Satu Banglow was built in 1902 while third track in Kaghan, from Mahnoor valley to Saifulul Malook lake was covered in three days. The fourth track from Shinkiari Top to Musa ka Musala was 40km long.

The secretary said that facilities like resting places, toilets, tourists’ guides and other facilities would be provided at these treks.

Director General Culture and Tourism Authority Kamran Ahmed Afridi said a strategy had been chalked out to promote tourism in merged districts so that tourists could enjoy the beauty of these areas besides generating employment opportunities at local level.

He said feasibility study for cable car from Kumrat to Madkalsht Chitral had been completed. He said more camping pods had been installed at Sheikh Badin, Thandyani, Gambinjaba, Kalash, Allai, Battagram, Mahaban and Shaheed Sar, Buner which would be opened for tourist by end of this year.

Meanwhile, Chief Minister Mahmood Khan in a message said the motive behind observing World Tourism Day was to highlight the importance of tourism on world level. He said Khyber Pakhtunkhwa was one of the best places for tourism as its government was endeavouring to provide every needed facility to the tourists. He said the incumbent government was also paying special emphasis on promotion of eco-tourism.