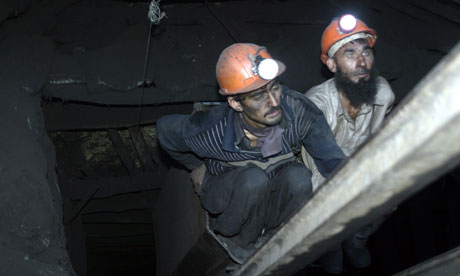 PESHAWAR: The Khyber Pakhtunkhwa government has initiated registration process of coalmine workers which will complete in first week of January 2021.

This was stated by KP Minister for Labour and Culture Shaukat Ali Yousafzai while presiding over a meeting on registration of mines workers in Peshawar on Tuesday. The minister said the Pakistan Tehreek-e-Insaf (PTI) government in KP was taking concrete steps for the welfare of coalmine workers across the province.

After registration, the coalmine workers will get access to all facilities such as marriage and death grants, scholarships, pensions and residential flats.

Mr Yousafzai said the government was making two laws to protect the rights of the workers and prevent their exploitation. One of these laws is the ‘Health and Safety Bill’ and the other is the ‘Home Head Worker Bill’, both have been finalised by the department and are being sent to the law department.

The minister said that with the passage of the Health and Safety Bill, the workers would be protected from the any untoward incidents. He aid safety equipment would be installed in factories at a cost of Rs59 million.

Most of coalmines in KP are in poor state and there are no proper safety arrangements. Coalmine workers in most cases are not given clean food, water or any other facility. It is the responsibility of the manager to check gas leakage, and stops work in case of danger, but nothing of sorts happens in Pakistani coalmines.

Dr Latifur Rehman, who provided treatment to coalmine workers for 25 years, said while talking to TNN that due to hazardous work, the coalmine workers contract chest diseases and hepatitis. He said the backache continues even after the miners quit work.

The Labour Federation leader Haji Amanullah also partly blames the coalmine workers for their difficulties. He said the Labour Union has agreement with all coalmine contractors under which some facilities are guaranteed for the workers, but the miners still work with contractors with lower remuneration. He said there are some facilities at coalmines in Hyderabad, but the situation is worst in Darra Adamkhel, Hangu and Punjab.

An official of Inspectorate of Mining told TNN on condition of anonymity that the performance of the department is zero. He said awareness about safety measures is vital for the workers.