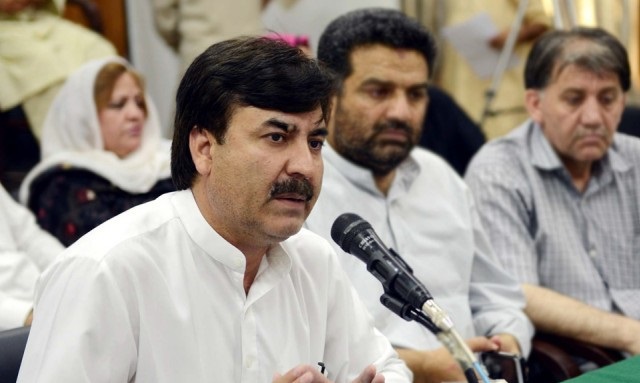 PESHAWAR: The Khyber Pakhtunkhwa government took a U-turn on its move to declare wearing of abaya, burqa or chadar by schoolgirls mandatory on Monday.

Chief Minister Mehmood Khan issued directions to the Elementary and Secondary Education Department (ESED) to retract the notification issued earlier in the day that declared covering-up mandatory for schoolgirls to avoid potential harassment incidents. The chief minister said the concerned education officer issued the order without taking prior permission from the provincial government.

“All heads of government girls middle, high and higher secondary schools of district Peshawar are directed to follow school timings and instruct all students to use gown/abaya or chadar to veil/conceal/cover-up themselves in order to protect themselves from any unethical incident. The matter may be treated as most urgent and important,” said a notification issued by Peshawar District Education Officer (Female) on Monday.

After the imposition of similar regulation on in Haripur last week, Adviser to Chief Minister on Elementary and Secondary Education Ziaullah Bangash had said that the decision of declaring mandatory the wearing of abaya for female students will be extended to the whole province. Ziaullah Bangash said the female students are harassed on the way to school. He said that in light of these events and to ensure safety of the students, observing pardah or covering-up was declared mandatory.

However, in the evening, KP Information Minister Shaukat Yousafzai came up with a clarification that wearing of abaya for schoolgirls hasn’t been declared mandatory. He clarified that only one DEO (Female) has issued notification for mandatory wearing of abaya after consultation with parents of students.

Shaukat Yousafzai said explanation was sought from the DEO (Female) Haripur, on which she said she issued the notification over the demand of parents of students. However, the minister explained, the wearing of abaya or burqa is not mandatory and female students have been given choice to wear it or not.

The minister said pardah is part of our religion and culture and there is nothing wrong with it. However, he said, it cannot be imposed forcibly. He also clarified that no proposal of declaring abaya mandatory for girls’ students in the province is under consideration.

Mr Yousafzai said pardah is purely a religious matter and the government won’t give it a political colour. He said the course books of Islamic studies have lessons about all religious obligations and it is up to the students to follow these lessons. He said the culture of pardah is already in place in KP.