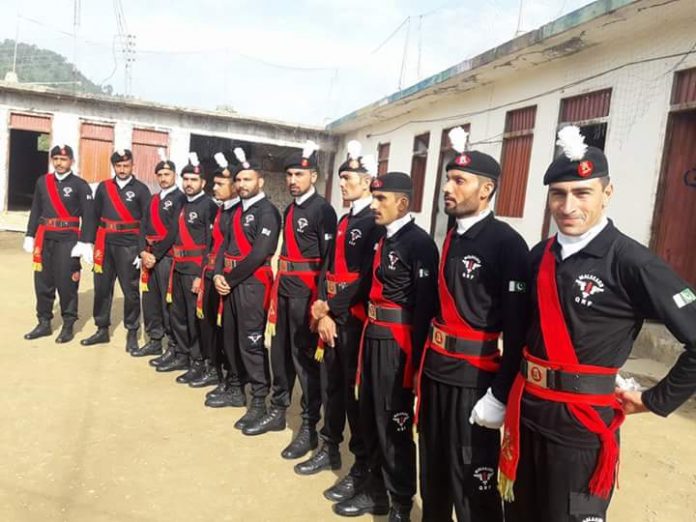 PESHAWAR: The Khyber Pakhtunkhwa government has decided in principle to appoint women in the Levies force of the merged tribal districts.

KP Chief Minister Mehmood Khan has issued orders to the Secretary Home Department about appointment of women in the Levies force. To kick start the process, 20 women Levies personnel will be appointed in Bajaur tribal district. According to an official notification, the women Levies personnel will take part in search operations and other operations along with male members of the force.

The KP government has recently accelerated the process of reforms in the tribal districts and several ministers have conducted visits the tribal districts to accelerate the process. The federal and provincial government representatives have repeatedly assured the Levies force that their jobs will be protected during the merger process and no one will be sacked. The notification of fresh appointments in the Levies force will also serve as a reassurance to the force that it is here to stay and their jobs are secure. It will also boost the morale of the tribal women as they had been long denied their rightful share in the jobs.

The KP Elementary and Secondary Education Department has set up a hotline to address complaints of people.

Anyone having any problem related to the Elementary and Secondary Education Department must call at hotline number 0800-33857.

Adviser to KP Chief Minister on Education Ziaullah Bangash has said if someone faces undue delay in processing of his work or faces any other problem then he must immediately lodge complaint on the hotline. He said crackdown has also been initiated against ghost schools and absent teachers.

The hotline may be helpful for tens of thousands of applicants who have applied for different posts of teachers. The candidates have complained that the Education Department is taking too long to finalise the merit lists and issue notification of the selected candidates on the 17,000 vacant posts. The process was initiated during the last tenure of the PTI government in KP, and it is still not completed.