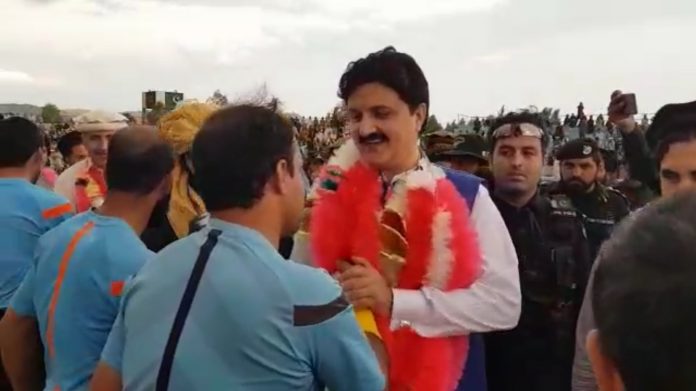 Ajmal Wazir added that after the sacrifices of security forces and tribal people, a durable peace has returned to tribal districts and soon International players will play at Wana Stadium. Wazir said that he is pleased to see such a large number of spectators on the occasion of the peace football tournament final which is the testimony of peaceful situation in the district.

The Advisor to CM said that the tournament is held every year for the promotion of peace and sports in which teams from all over the country use to participate. He further said that for sports promotion in South Waziristan, six sports will be established for positive youth development. The adviser added that one of such stadium has already been inaugurated in the district.

Ajmal further said that the people of Wana and far-flung areas of the district come in a large number to watch the final match, which is a testimony to peace and tribal people interest in the constructive activities like sports.

A few months back, Prime Minister Imran Khan has also addressed a rally at the same stadium. “Conducting such games in the tribal areas under the government’s patronage will not only remove the sense of deprivation among the tribal people but also gives them a sense of belongingness and equality,” expressed Ajmal Wazir.