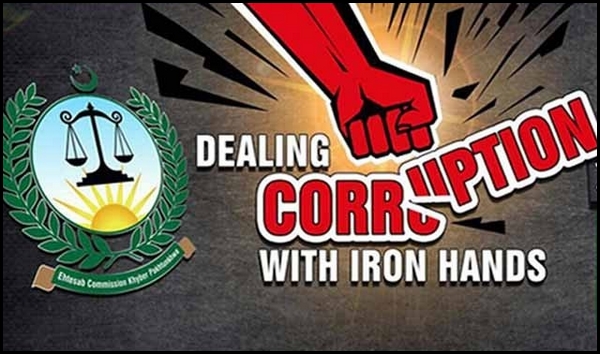 PESHAWAR: The Khyber Pakhtunkhwa government has decided to hand over KP Ehtesab Commission’s assets to Esteblishment division after its abolition.

As per media reports, the assets will be handed over to the province’s Establishment and Administration Department while the commission cases would be transferred to the National Accountability Bureau (NAB) and Directorate of Anti-Corruption Establishment.

.Some of the commission’s staff will be able to opt for a golden handshake, while others will be added to the surplus pool.The provincial cabinet will subsequently decide on revising the status of 41 contractual employees.

The provincial government has ordered the authority to close down the commission and decided to bring a repeal act.

The KPEC cost the province’s exchequer up to Rs 1.056 billion during the four years of its existence.
The decision to abolish the accountability body was taken by the previous provincial government of PTI as it had already become dysfunctional in the absence of a full-time head, tug-of-war between its operational and oversight wings and flurry of amendments that left the law governing the entity’s affairs mutilated.