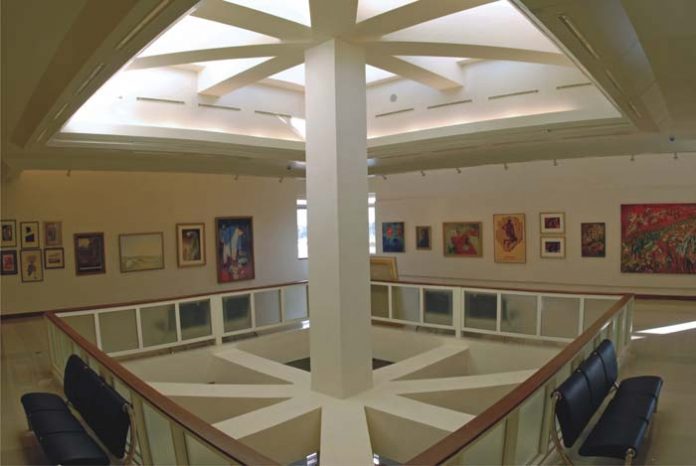 PESHAWAR: The Khyber Pakhtunkhwa (KP) government has allocated Rs 200 million for the construction of the first ever art gallery of the province within the premises of Nishtar Hall in the city.

In this regard was meeting was held at Directorate of culture which was presided by Senior Minister Muhammad Atif Khan. Senior painting artist Ali Sajid and director Culture Shahbaz Khan and other government officials were also present on this occasion.

The Senior provincial minister, Atif Khan was briefed about the master plan of the Art Gallery, which was set up in Peshawar’s Nishter hall. “It will be state of the art, art gallery to be set up in the province,” said Ali Sajid, senior watercolour artist.

An art gallery in Peshawar is one of the oldest demands of painting artists of the province. The successive governments have made announcements but have failed to implement the project.

The Awami National Party government has announced to set up ‘Haji Adil Art gallery’ at the premises of Nishtar hall, but that announcement also couldn’t see the light of the day. The artists believe that in the absence of such an art gallery in the province, they’ve no venue where they can put their work on display and earn from earn from it.

During the previous government of Pakistan Tehrik-e-Insaf, the Directorate of Culture has started the first ever online art gallery for virtual exhibition and promotion of the rich and diverse artistic heritage of the province. Though the gallery was launched with much enthusiasm in a colourful event, however, the directorate of culture failed to maintain it and invite the artists to put their work on display.

During the meeting, the establishment of cultural complexes at the district levels was also discussed. It was decided that in the first phase, such cultural complexes will set up in Dera Ismail Khan and Mardan districts of the province.