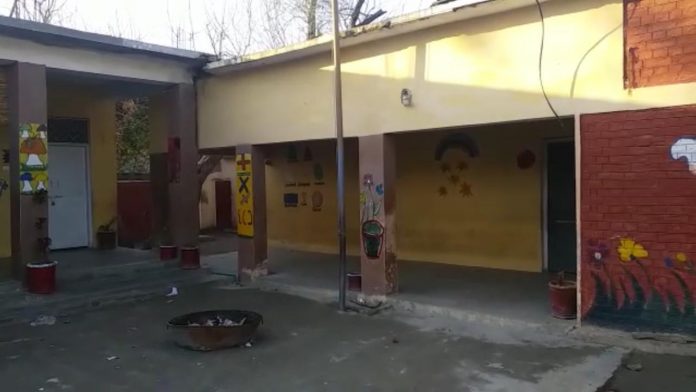 PESHAWAR: The Khyber Pakhtunkhwa elementary and secondary education department on Friday directed the district education officer (Female) to vacate the building of Government Girls primary school in Raisalpur, Nowshera for the Hindu community after it was declared a Hindu temple.

The district education officer (Female) was directed to vacate the building within a month and shift the school to another government-run school in the area or rent a private building for it.

The building is situated in the Raisalpur cantonment area which was declared as a sacred place of the Hindu community by the government authorities. It is said that the building was left behind by the Hindu population after they left the district for India at the time of partition.

“The competent authority of KP elementary and secondary education department is pleased to vacate the building of government girl’s primary schools, Raisalpur,” said the notification issued by the KP education department. The notification further added that the girl’s school should be shifted to a nearby government-run school or may be shifted to a rented building but the building must be vacated for the Hindu Community of the area within one month.

The education officer was also directed to submit the report to the department accordingly.

Hindus of the province have been complaining that their sacred religious sites are occupied by private as well as different government departments. Last month, the KP government  declared the ancient Hindu religious site of Panj Tirath in Peshawar as a national heritage and directed the district government to vacate the area from the Chacha Younis Family Park.

Panj Tirath, which got its name from the five pools of water present there, also contains a temple and a lawn with date palm trees. The five pools of the heritage site now come under the ambit of Chacha Yunus Park and Khyber Pakhtunkhwa Chamber of Commerce and Industry.