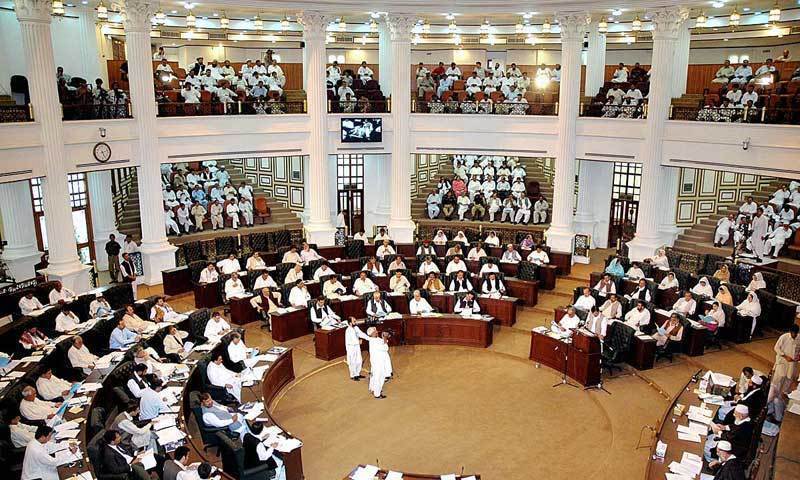 PESHAWAR: The Government of Khyber Pakhtunkhwa on Monday unveiled the budget with an outlay of over Rs648 billion for remaining eight months of the ongoing fiscal year 2018-19. The outlay show Rs30 billion surplus with an development outlay of Rs180 billion.

Minister for Finance Taimur Saleem Khan Jhagra said that since uplift of poor was top priority of the government as the government has not revised the rate of any provincial tax.

He said the government was making efforts to strengthen taxation recovery system, adding that it will not impose any new tax.

He said the current revenue receipts are 7.5 pc above Rs603 billion of the outgoing fiscal and announced increase of 10 percent ad-hoc relief in salaries and pensions in addition to 50 percent raise in house rent of the provincial government employees in budget 2018-19.

Giving breakup of the provincial receipts, he said the province will receive Rs426 billion from federal Government which also included Rs360bn under the federal taxes and Rs233 billion as royalty of oil and gas.

KP will also receive Rs65bn under net hydel profit including Rs38 billion net profit arrears. Jhagra said that own receipts of the province have been pitched at Rs23.82 billion from its taxes and Rs17.439 billion from not tax sector.

The government pitches Rs71 billion as foreign grant in 2008-19, showing 11pc increase over the outgoing year. The province will generate Rs45 billion, showing seven percent increase from other receipts to be generated at the province level.

The province will receive Rs360 billion from the federal divisible pool in addition to Rs4.33b as one percent of the divisible pool for war on terror.

He also announced increase of 10 percent ad-hoc relief in salaries and pensions in addition to 50 percent raise in house rent of the provincial government employees in budget 2018-19. The budget also envisages hefty funds for major schemes such the BRT project and Sehat Insaf programme besides other sectors.