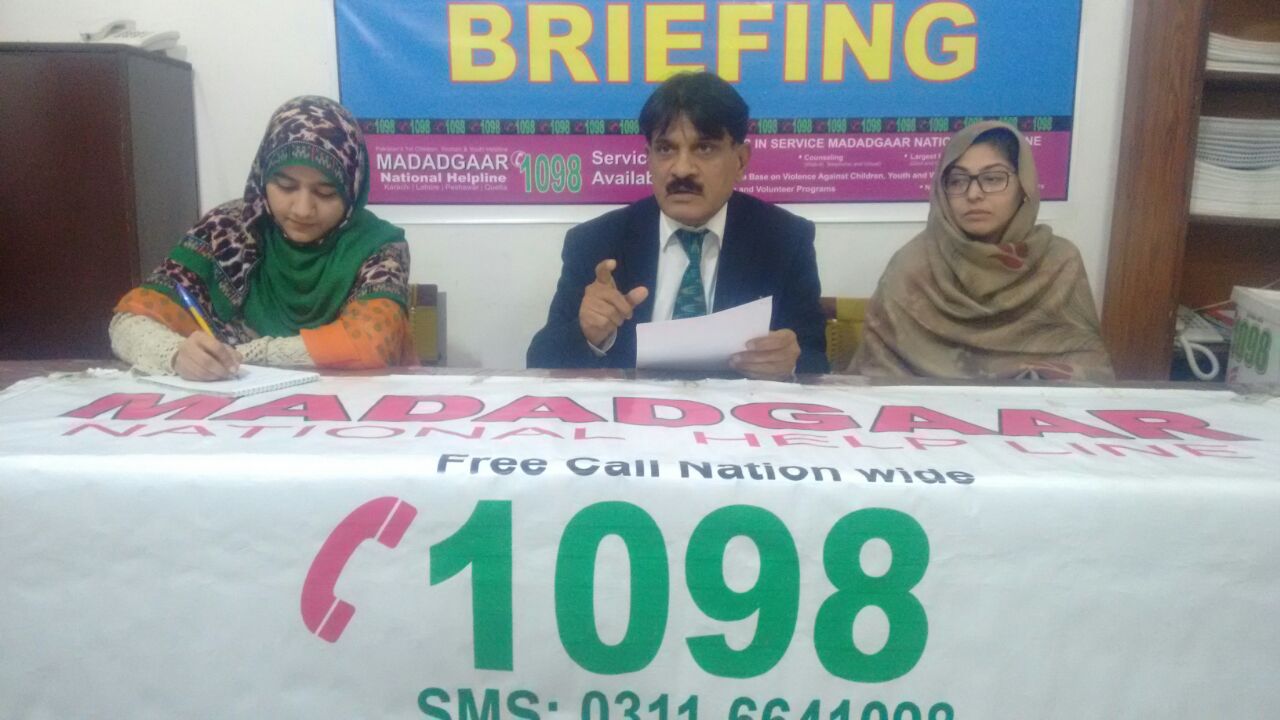 PESHAWAR, 14 March: A women and children rights organization ‘Madadgar Helpline’ on Tuesday demanded of the Khyber Pakhtunkhwa provincial government to make effective legislation for prevention of early age marriages and domestic violence.
While talking to media in Peshawar, the organization chief Zia Ahmed Awan said that national and international laws were against the early marriages of girls. He said that tendency of child marriage was growing up in the society due to traditions and social taboos.
Zia Awan said that during the year 2016 more than 6000 women and minor girls have contacted the helpline for help. He said that the received complaints include 416 cases from Khyber Pakhtunkhwa. He further said that during 2016, 600 cases of missing children were reported in KP adding that majority of the missing children left their homes due to domestic violence. He said that the government needed prepare strategy to keep these children away from criminals and reunite them with their families. He demanded of the government to prepare a policy for development of the children and safeguard their rights.
He said that under the tradition of swara, girls were married off before reaching the age of 18 in Khyber Pakhtunkhwa. He said that the situation was even worst in Sindh province wherein girls were married in the name of ‘dand and band’. Further, he said that underage girls were married off in the name of vani in Punjab.
Talking to TNN, the Madadgar manager and clinical psychologist Ayesha Ansari said that the organization has started a shelter home ‘Zamung Kur’ for orphan children to provide them safe environment for living. However, she said that the orphan children also needed education and other facilities.