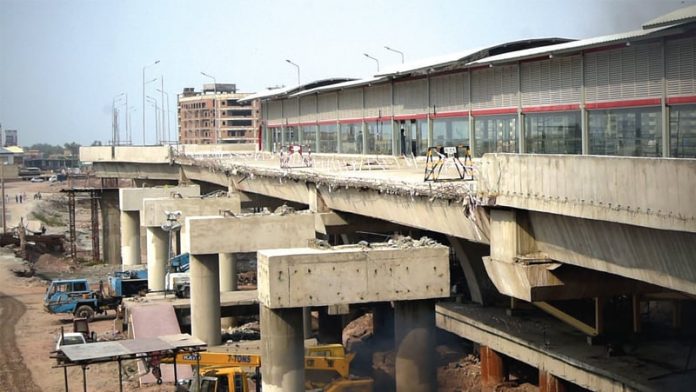 PESHAWAR: Only six percent work has been completed during the last six months overt BRT project that is also not up to the standard, after which the KP government decided to conduct forensic audit of the project from Asian Development Bank (ADB).

It was decided during a meeting chaired by Additional Chief Secretary. According to the document, ADB will identify all those responsible for the delay against whom legal action will be taken by the provincial government.

At the meeting, the consultant took the stand that the contractor could not achieve the agreed goals given for 6 months while the contractor did not comply with the orders of the consultant and PDA.  According to the engineers, work on the BRT project is not up to the standards and work of other contractors not only delayed the project but also caused quality problems.

According to the contractor, consultants do not make timely decisions and approvals nor are they were available for guidance. Cycle track has not been approved in Reach 2; signals are still to be installed at 14 bus stations in Reach 3, while payments are also being delayed.

Expressing dissatisfaction and concern over the slow progress in the construction work of the project, the officials said that during the last 6 months, one per cent work was done on the BRT in one month, which would not allow the project to complete within the stipulated period.  ۔

On the other hand, Minister of Information Khyber Pakhtunkhwa Shaukat Yousufzai has claimed that work on the BRT is happening very fast, that the project is completed this year. It should be noted that the transport project in Peshawar started in the previous regime of former Chief Minister Pervez Khattak, which has not yet been completed.

The project, which was launched in October 2017, was claimed by the KP government to be completed within six months, while the cost of the project was estimated at Rs 49 billion, which has now reached Rs 66 billion and work is still underway.