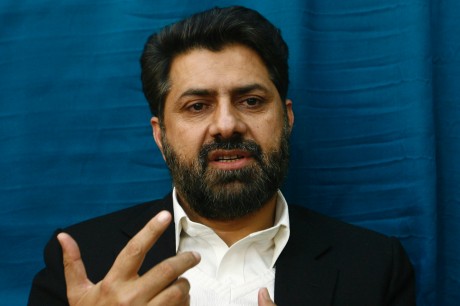 PESHAWAR, October 2: The local government elections have been a much-touted issue since formation of the Khyber Pakhtunkhwa government, led by Pakistan Tehrik-e-Insaf. However, the elections were put on the backburner later on.

In order to get recent updates on the local government elections, TNN correspondent Mr Sajjad Yousafzai interviewed the Minister for Local Government and Rural Development, Mr Inayatullah Khan. The minister belongs to Jamaat-e-Islami, a coalition partner in the provincial government.

Tribal News Network (TNN): During election campaigns, all political parties had pledged to carry out local government polls soon after the general elections, but it could not happen even one and a half years after formation of the government. What are the reasons behind it?

The provincial government has also shown its consent that the province wants the elections to be carried out. We have written to the commission about 20 days ago to hold the elections.

TNN: Does the government want to carry out elections via biometric system or by the old system?

Inayatullah Khan: I guess that elections are likely to take place via biometric system phase-wise and the provincial government has assured to provide financial assistance for the purpose. Rather the donors have also told us that they will bear all expenses of biometric system. We want these elections to be held in Khyber Pakhtunkhwa first, as we want to protect the future politics in the country and we want to avoid the misconceptions/disputes, just like the ones that have surfaced between national and provincial assemblies regarding elections. In order to strengthen the country, we want fair and transparent elections to be held via biometric system.

Inayatullah Khan: We have passed a new law to form village councils. We have also decided about tehsil and district councils. Thus the elections will be held according to the newly introduced Act.

TNN: What is a village council? Would it be a union/association? And what kind of elections will be held in the constituencies?

Inayatullah Khan: The village council will not be based on any kind of association or union and it will comprise of minimum five and maximum 10 general members. The seats will be given on popularity basis, while five seats will be reserved. Out of them, one will be for youth, two for women, one for peasant and the last one for minorities. Candidates for these special/reserved seats will be directly elected through balloting.

The elections in the tehsil and district councils will be based on associations and the seats will be allocated according to the position/status of the party, exactly the way they are allocated in National and provincial assemblies.

TNN: After the elections for village councils are carried out, what will be there in the second phase?

Inayatullah Khan: After the village council elections are over, the next step will start. There will be a union council seat or you can simply call it UC ward. Thus, the members for the tehsil and district councils would be directly elected on UC level and on party basis.

TNN: The provincial government of Khyber Pakhtunkhwa claims to have introduced a new system for local government elections. What make it different from the system in other provinces?

Inayatullah Khan: The local councils of other provinces can be traced back to General Ziaul Haq’s regime. However, ours is a local government in which we have tehsil and district level governments. In addition, it also has village council, which has much authority in several aspects. And there are almost 24 departments operating here.

TNN: How much powers will be vested to the village council member and what will he be able to do in his constituency?

Inayatullah Khan: He has almost the same powers that were with the union council beforehand. Secondly, he would have the authority to keep check and report about all of the governmental organisations, units, health sector, schools, etc. The resources obtained from the villages will be under his control.

All of the transfers that take place in his area of jurisdiction and the village accountancy circles will be posted in the office of the village council’s nazim, for which he would be sovereign to monitor those people. He would be bound to work for the welfare and prosperity of the nation in general and his people in particular. Thus, the village members in a form of jirga will be able to play their due role in this regard. But the process of further legislation shall be carried out later on.

TNN: Have you demarcated constituencies for the local government elections?

Inayatullah Khan: The elections will be conducted as per the demarcation of constituencies, decided under the 2013 Local Government Act. The authority of arranging elections rests with the Election Commission of Pakistan. We have extended our suggestion and the provincial government is ready for it. Though we want the elections to be held, the schedule will be decided and announced by the ECP. Last but not the least, this is a misconception that the provincial government has the authority to arrange the local government polls.