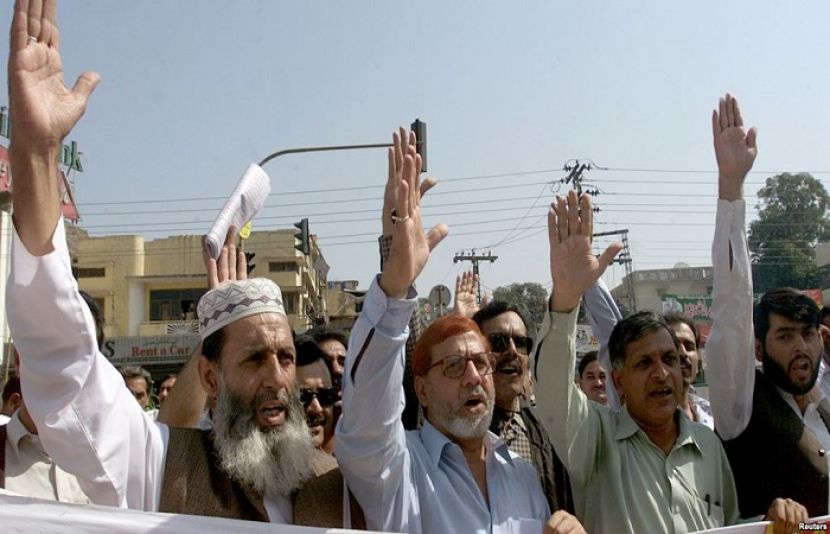 PESHAWAR, 17 October: The lecturers of government colleges in Khyber Pakhtunkhwa have arrived at Banigala, Islamabad to stage protest outside the residence of the Pakistan Tehreek-e-Insaf (PTI) chief Imran Khan in favour of their demands.

On the other hand, the Khyber Pakhtunkhwa government has decided to initiate action against the protesting lecturers. The lecturers are staging protests and boycotting their classes for the last eight days. Students are also staging protests over the issue. The lecturers are demanding upgradation and release of three-month salary of teaching assistants and their regularisation.

Meanwhile, Adviser to KP Chief Minister on Higher Education Mushtaq Ghani said while addressing a press conference at Peshawar Press Club that demand of one-step promotion of lecturers was unjust. He said the provincial government has no resources to meet this demand. He said the teachers were initially misleading the people on the issue of so-called privatisation and now they are using students for their personal interest after the government has clarified that it has no intention to privatise educational institutions.

The adviser said some opposition parties were behind the protests of teachers. He said action will be taken against teachers if they did not ensure their attendance at duties within two days.