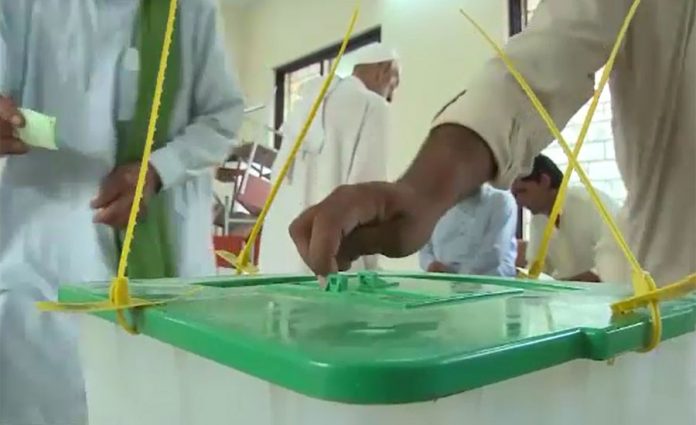 Election Commission of Pakistan (ECP) data showed that 17 candidates, including eight candidates from political parties and nine independents, are in the run for the LBs most coveted slot.

In addition to this, Pakistan Rah-e-Haq Party has awarded ticket to Muhammad Anwar. On the other hand, Pakistan Muslim League (PMLN) has fielded Naik Zada for the Peshawar mayor.

The nominations for Peshawar mayor seat have also created rifts in some parties’ ranks.

PPP is facing internal sachism over award of Peshawar’s mayor ticket to Arbab Zarak Khan. Mr Arbab is son of Asma Almagir and Arbab Alamgir, two party stalwarts from Peshawar. His candidature for the seat led to denial of ticket to another senior party leader Ziaullah Afridi.

Party official said that party had earlier allotted ticket to Mr Afridi; however, later cancelled it and nominated Mr Arbab its candidate.

On the other hand, Mr Afridi complained that he was not taken into confidence regarding cancellation of his candidature. A furious Mr Afridi has decided to contest LB election as independent candidate.

He said that improving the provincial capital was his dream as a mayor.

Besides, ruling PTI is also facing troubles brewing in its ranks over award of tickets for tehsil chairman seats. In Mathra tehsil, entire party’s local cabinet resigned in protest over award of ticket to sibling of KP assembly deputy speaker. Mr Ehtesham, the candidate for the Mathra tehsil chairman position, is said to brother of deputy speaker Mahmood Jan.

Similarly, the ruling party is also facing dissension over award of mayor ticket to Rizwan Bangash. Party’s workers are complaining that Mr Bangash’s deep pockets led him to be preferred over workers.

They said that Mr Bangash has done very little for the party as compared to other candidates.

Besides, political parties are also trying to form alliance for the polls of Peshawar mayor position. However, ruling PTI has decided against entering into alliance with other parties. “Seat adjustment with other parties was impossible,” said KP minister for labor Shaukat Yousafzai.

Provincial government in 2019 amended the KP LG Act 2019, wherein it replaced the three tier system with a two tiered one. Besides, government also replaced the nomenclature of nazim with chairman and mayor.

Under the amended LG law, tehsil at divisional level has been declared city local government and would be headed by mayor. Chairman would be elected to head all other tehsils except divisional headquarters.

LB polls in 17 districts of province are scheduled for December 19. Each village and neighborhood council in the province would elect three councilors on general seats, a minority, a labor/farmer, a woman and a youth councilor.

The polling would elect chairman of 66 tehsil councils and representatives on 2382 neighborhood and village councils.

ECP data shows that a total of 1.9 million registered voters for seven tehsil and 357 village and neighborhood councils in Peshawar. Besides are there are 1.09 million voters in Charsadda, 0.849 million in Noswshera and 0.596 million in Khyber.