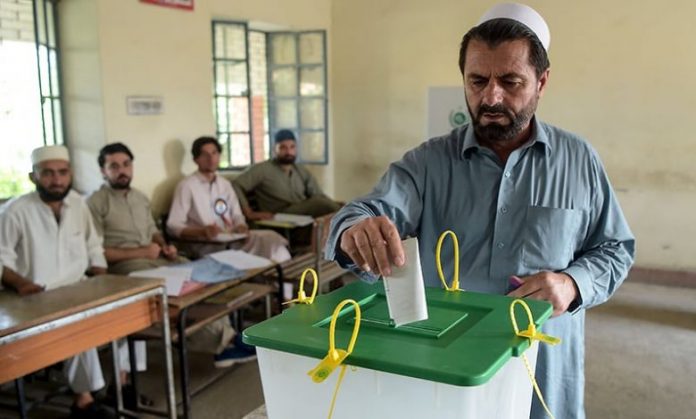 Local bodies’ elections took place In 17 districts of the province on Thursday and results are still trickling in.

Besides independent candidate were leading on 12 seats. On the other hand, Awami National Party candidates were ahead on eight seats, Jamaat Islami on three and Pakistan Muslim League on two seats.

The details showed that JUIF was leading Peshawar mayor seat while Pakistan Tehrik Insaf was ahead on Bannu. Besides JUIF candidate was leading Kohat and ANP on Mardan.

Unofficial results of village council seats showed that 11 independents have been elected. Besides, JUIF and ANP have also won six seats each, while PTI has secured three and PMLN and JI candidates have won a seat each.

On six declared seats of neighborhood councils nine independents have been elected. Besides JUIF has won three while ANP, JI, PPP and PTI have managed to won a seat each.