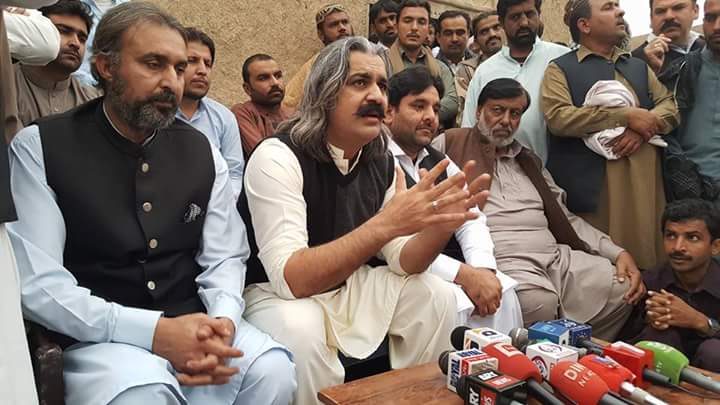 DERA ISMAIL KHAN, 14 November: Khyber Pakhtunkhwa Revenue Minister Ali Amin Gandapur has announced to bear all expenses of marriage of the girl who was paraded necked by a rival family in Dera Ismail Khan for the action of her brother.

The minister visited the residence of the affected girl in Chodhwa area on Monday and said he will also arrange a government job for any person who will marry the 16-year old girl. Mr Gandapur made it clear that no one is above the law, no matter if he is his brother or any other relative. He said he has no link with the case and some elements are defaming him through a conspiracy. He said he has already told the media that the culprits involved in the incident will be given no concession and action will be taken against them according to law.

Meanwhile, eminent lawyer Qazi Anwar has offered to provide free legal assistance to the affected family. Qazi Anwar Advocate told media persons in Peshawar on Monday that he will submit an application in the court to shift the case to Peshawar.

The tragic ancient happened on 27 October when people from an influential family paraded Sharifa Bibi necked in the streets of Chodhwa area in DI Khan over a women dispute.