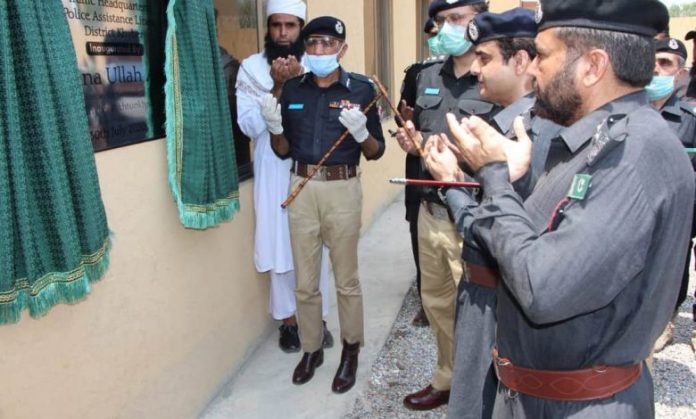 On arrival at the Traffic Headquarters Khyber, a smartly turned out contingent of Khyber district police presented guard of honour to the provincial police chief. Later on, the IGP inaugurated the Police Assistance Line (PAL) Centre.

Speaking on the occasion, Sanaullah Abbasi said the PAL centre will facilitate the masses of Khyber tribal district. He said the PAL Centre will provide facilities of clearance certificate for people intending to go abroad for jobs, study or other purposes, character certificate, report of theft/robbery, verification of rented houses, verification of computerised national identity cards (CNICs), first information report (FIR) of lost educational or other documents etc to citizens in their own areas.

After the PAL Centre inauguration, the KP police chief also visited the licence branch at the traffic police headquarters and also planted a sapling at the building premises. Participants of the ceremony offered dua for solidarity and prosperity of the country.

It was second visit by Sanaullah Abbasi to Khyber district in two weeks. During his previous visit, Sanaullah Abbasi said the process of promotions in police in merged tribal districts will begin soon and they will get all facilities like police of other districts.

The KP police chief said while addressing the Police Darbar in Landikotal that more police stations will be established in tribal districts. He said the former Khassadar personnel will be given modern police training. He said vehicles and weapons will also be provided to the police of merged districts according to their needs.

The police chief said the policemen of merged districts are also entitled to benefit from the Police Welfare Fund. The IGP said the performance of Khyber Police is worth appreciation.